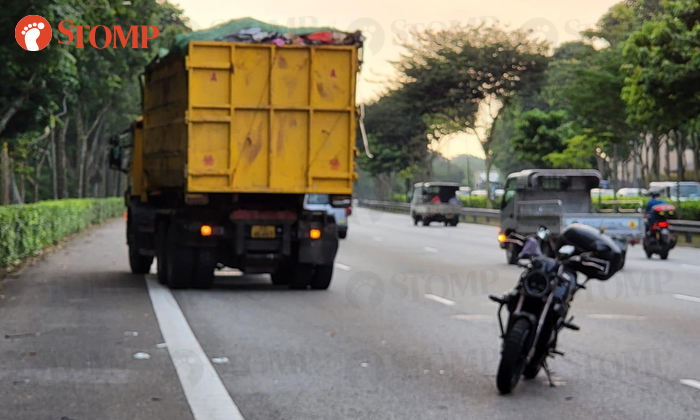 A 71-year-old motorcyclist was injured in an accident with a lorry along Kranji Expressway (KJE) towards Tuas on Monday (Jan 17).

The police told Stomp that they were alerted to the accident at 5.25pm.

The elderly motorcyclist was conscious when taken to hospital and police investigations are ongoing.

His family is now appealing for witnesses to come forward. 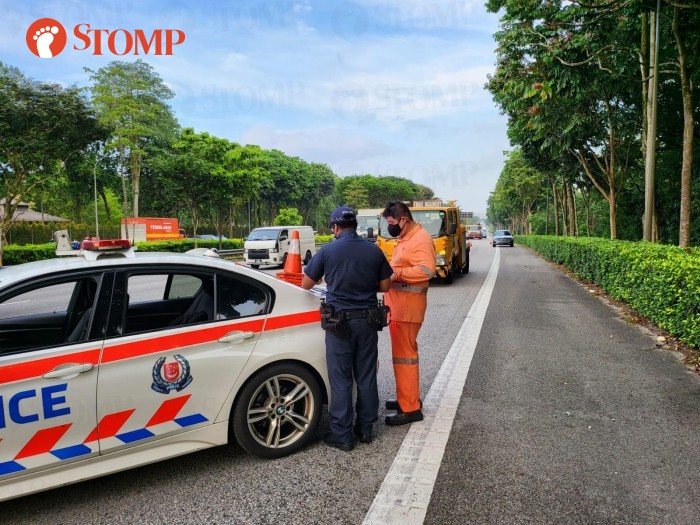 She shared: "Just like any other day in the last two decades, my grandpa would have made his way home from work via the KJE route. Sadly, that did not happen on Monday. His motorcycle was hit by a lorry.

"He was subsequently admitted to National University Hospital and was diagnosed with a spinal cord shift compressing on his nerves due to the impact from the accident. A major spinal surgery was urgently organised or it would have become a permanent disability case i.e. paralysis.

"We would like to express our gratitude to the Good Samaritan who had stopped by to attend to my grandpa.

"We would also like to appeal to members of the public who had witnessed this accident to come forward and provide any information, details or video recordings. Thank you."