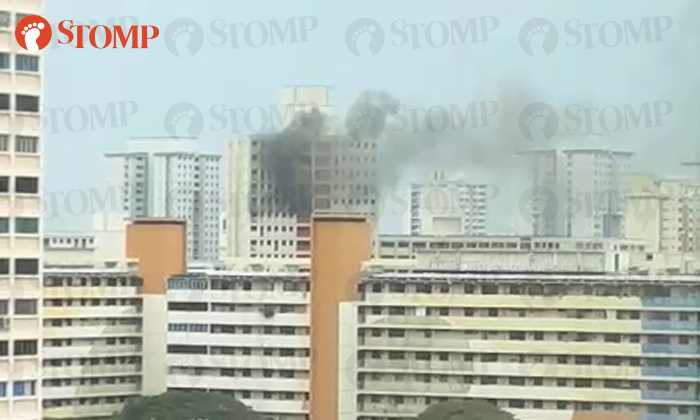 Stomper chinnyhowie sent Stomp a video that he filmed from his unit opposite at 9.53am, which shows black smoke billowing from the affected building.

Stomp also received photos and videos of how the unit looked charred from the exterior.

In response to media queries by Stomp, the Singapore Civil Defence Force said it was alerted to the fire at 9.40am.

The SCDF conducted forcible entry to gain access into the unit and extinguished the fire, which involved the contents of the living room, using two water jets.

No one was in the unit at the time of the incident and no injuries were reported, said an SCDF spokesman.

Seventy residents were evacuated by the SCDF and police.

"The cause of the fire is under investigation," added the spokesman.