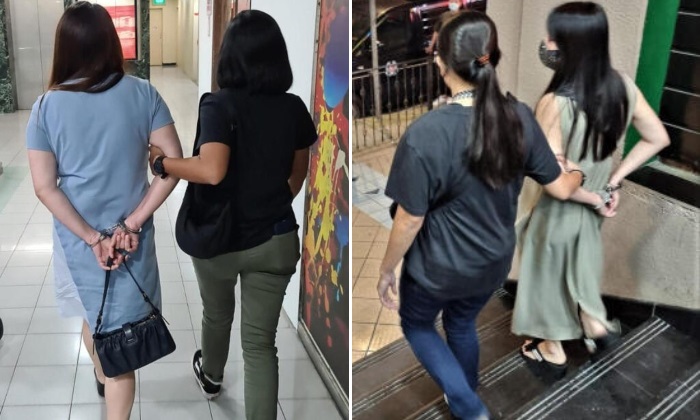 A 52-year-old man has been charged with allegedly operating an unlicensed massage parlour at Orchard Towers, while seven women were arrested for their involvement in suspected vice-related activities.

This came after officers from Tanglin Police Division conducted a series of operations between July 7 and 19, targeting such activities at Orchard Towers.

In a statement on Wednesday (July 27), police said the man was charged on July 20 under Section 5(1) of the Massage Establishments Act after investigations against him concluded.

He is expected to appear in court on Aug 10 to face two charges under the Act.

The women, aged between 27 and 52, were arrested for offences under the Women's Charter.

They are believed to have operated from individual outlets at Orchard Towers, police said.

The police said the string of operations is part of ongoing enforcement efforts to clamp down on vice-related activities in the Orchard Road shopping district.

Action will be taken against operators who flout the rules and regulations under the Massage Establishments Act, and landlords are advised to ensure that tenants do not carry out illicit activities in their premises, the police added.

"The police will continue to take tough enforcement action against those involved in criminal activities. Those found engaging in illicit activities will be dealt with sternly in accordance with the law," said Senior Assistant Commissioner of Police Cheong Chee Ming, commander of Tanglin Police Division.

Under the Women's Charter, those who keep, manage or assist in the management of a brothel can be fined up to $3,000, jailed for up to three years, or both, for their first offence.

Any person who knowingly lives on the earnings of the prostitution of another person can be jailed for up to five years and fined up to $10,000.