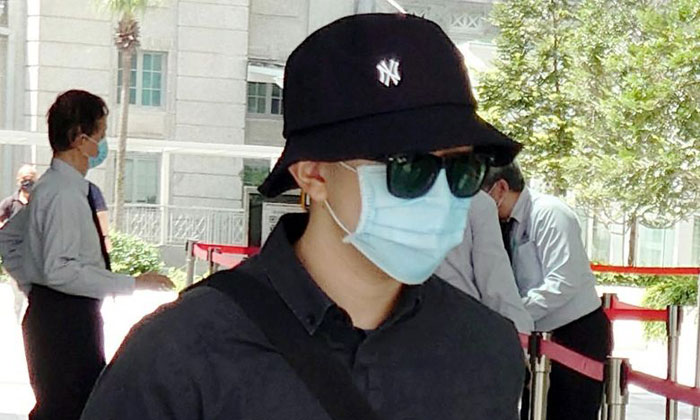 A former National University of Singapore (NUS) student was sentenced on Monday (June 29) to seven weeks' jail for snapping pictures of women while they were showering on campus.

Ryan You Jun Chao, now 26, who was a student at the university at the time of the offences, has since graduated.

On Feb 28, the Singaporean pleaded guilty to two counts of insulting a woman's modesty.

You was at NUS on Feb 14 last year when he felt "tempted" to check if a woman was in a shower.

He found an occupied cubicle, took out his mobile phone and held it over a partition to snap pictures of a 23-year-old woman.

Deputy Public Prosecutor Pavithra Ramkumar had earlier told District Judge Adam Nakhoda: "While the accused was taking the photographs, the victim saw a shadow outside the cubicle. The victim then looked up and spotted the accused's mobile phone above the cubicle wall."

The victim shouted and pushed the mobile phone away.

You then panicked and fled to a male toilet, the court heard.

Despite this close shave, he reoffended on March 5 last year and took photographs of another 23-year-old woman while she was in a shower.

He then left the female toilet and went to a nearby pantry to view the pictures.

The court heard that this second victim had also spotted someone above the door of the cubicle she was in.

She wrapped herself in a towel and waited until others entered the common female toilet before she felt safe enough to continue showering.

The victim finished her shower and spotted You in the pantry after she left the toilet. Both victims alerted the police in early March last year.

On Monday, the court heard that You intends to appeal against the sentence and his bail was set at $10,000.

In an earlier statement, NUS said that its board of discipline had conducted an inquiry into You's offences in April last year.