Nurse who pretended to be doctor, molested patient gets 7 months' jail 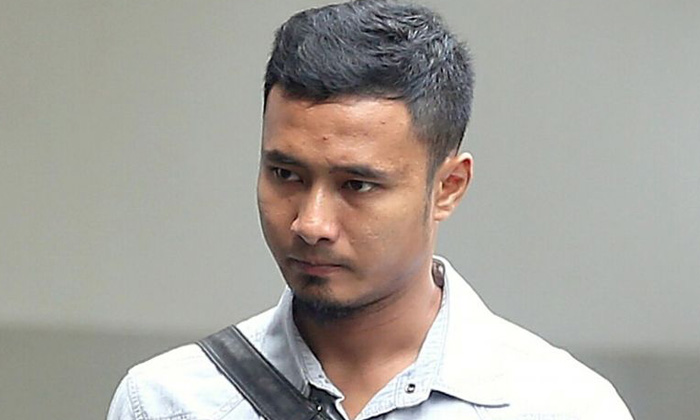 A staff nurse was sentenced to seven months' imprisonment for pretending to be a doctor and molesting a patient.

The 33-year-old nurse, Muhammad Ruzaini Johari, who had worked at a clinic in Yishun, unclasped a 28-year-old woman's bra before placing electrodes on her chest, reports The Straits Times.

Ruzaini, who is currently a trainee deck cadet in the shipping industry, was working in the afternoon and had remained in the clinic on May 11, 2017, to complete administrative tasks after the doctor on duty left.

The woman and her 33-year-old husband, who cannot be named due to a gag order, then entered the clinic as the woman was feeling unwell.

Even though the doctor on duty had left, Ruzaini asked the woman to go into the consultation room, while he sat in the doctor's chair.

He asked the woman to lie on her back after performing some brief medical examinations on her.

He then lifted her top and began pressing her exposed stomach area before he reached the area above her groin. The woman did not protest despite feeling embarrassed as she believed that Ruzaini was a doctor, the court heard.

Rezaini then took an ECG device, a machine that is usually used to measure a person's heart activity, to conduct a test on the woman although he knew that there was no need to do so.

He lifted the woman's top higher to expose her chest and undid her bra to place the ECG electrodes on her breasts, wrists, and ankles.

The woman felt very uncomfortable then and confronted Ruzaini, removed the electrodes from her body, got dressed and exited the room.

She cried and told her husband what happened. The woman's husband then made a police report despite Ruzaini's plea to not call the police.

He pleaded guilty to one count of molestation.

Ruzaini's lawyer, Sunil Sudheesan, asked for five to six months' imprisonment. He argued that Ruzaini had explained that the doctor was not present but the woman did not understand due to a language barrier.

He also explained that while Ruzaini touched the woman's breasts with electrodes, there was no skin-to-skin contact.

Deputy Public Prosecutor Marshall Lim said in response: "(Ruzaini) actively carried out medical examinations which reinforced the victim's belief that she was dealing with a qualified doctor."

Ruzaini's sentence will begin on Aug 1 and he is currently out on a bail amount of $10,000.

He could have been jailed for up to two years and be fined or caned for outraging a woman's modesty.