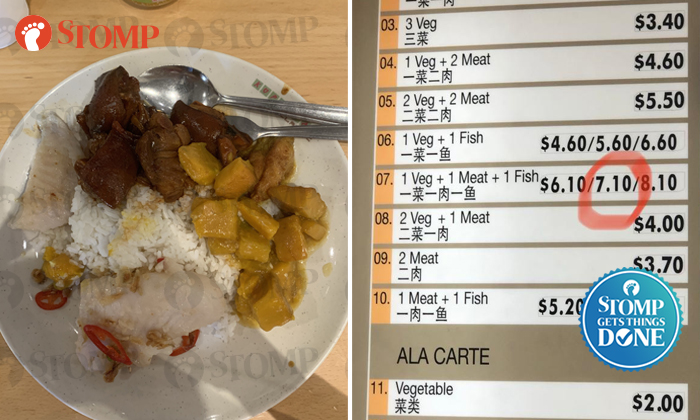 Do you think $7 for a meal consisting of rice, meat, fish and potatoes is expensive?

According to Stomper Jo, yes.

"I was in shock. I found the price ridiculous as I could have eaten a much more worthy meal with $7.

In response to a Stomp query, a spokesman for Kopitiam said that the stall's prices are clearly specified on the menu board and there was no overcharging. 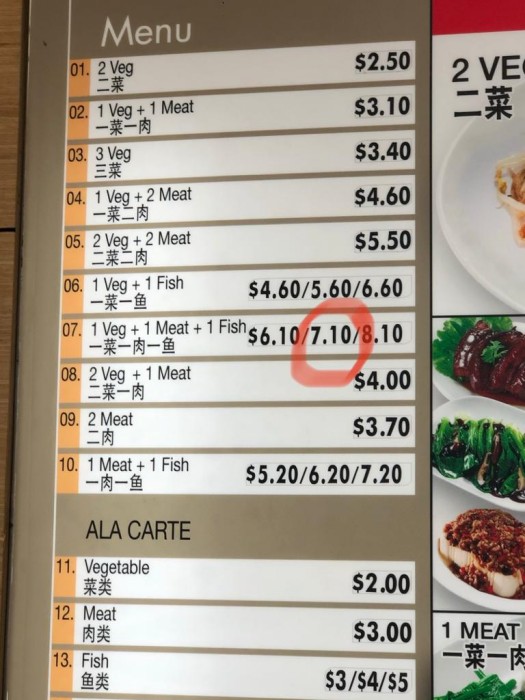 The spokesman told Stomp in a statement: "As the customer ordered pig trotters, the total price of 1 Veg + 1 Fish + 1 Meat w Rice meal adds up to $7.10.

"Should the customer pay with the Kopitiam Card, he will enjoy a 10% discount and the nett price will be $6.39 instead."

Stomp also helped to link up Jo and Kopitiam.

Jo was subsequently offered a Kopitiam Card with the $2 service charge waived for the first two years so that he can enjoy a 10% discount on future purchases.

The Stomper said: "I’m glad that Kopitiam took time to investigate and took my feedback into consideration. I also appreciate the discount card being offered with the service charged waived off."