7 arrested for rioting and rash act after knife fight at Circular Road restaurant, police looking for 3 others 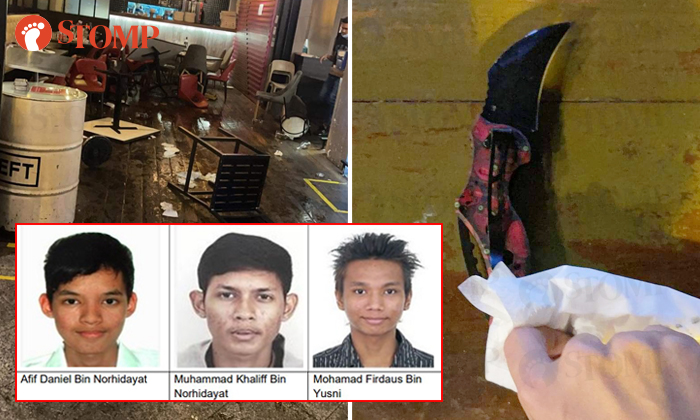 Seven men, aged between 20 and 42, have been arrested for rioting and rash act after a fight broke out at a restaurant along Circular Road on Sunday night (Dec 20).

The police said they were alerted to a fight between two groups of people at around 9.45pm.

A video of the altercation that occurred at The Mask Restaurant and Bar, located at 26 Circular Road, has been making the rounds online.

Stomper Jane also shared circulated photos showing the wrecked premises of the restaurant and a knife that was allegedly used in the fight.

Overturned tables and chairs are seen strewn all over the restaurant.

Police officers can also be spotted at the scene. 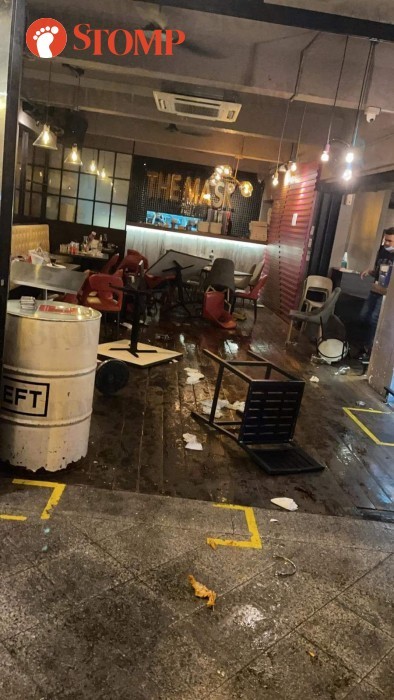 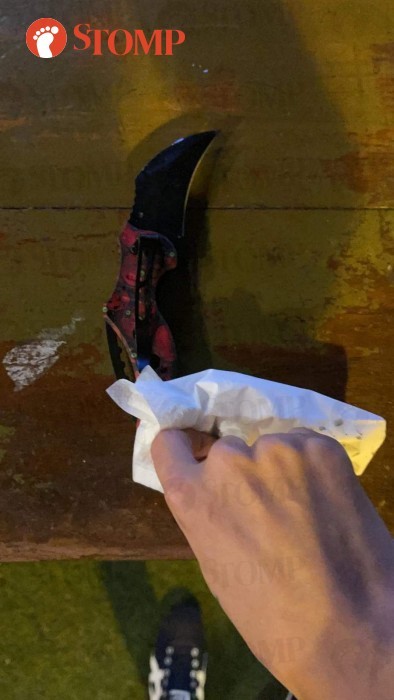 The police said that upon their arrival, two men aged 24 and 42 were arrested at the scene "for rash act arising from the earlier fight."

The rest of the suspects had fled prior to the police’s arrival.

"A knife was also seized as case exhibit," said the police in a statement on Tuesday.

"Through follow up investigations and with the aid of images from CCTV cameras, the police established the identities of five other men, aged 20 and 27, who are believed to be involved in the fight and subsequently arrested them within two hours from the time of report."

The seven men will be charged in court on Tuesday

Five men, aged between 20 and 27, will be charged with rioting, which carries a jail term of up to seven years and caning.

The police are also appealing for information on the whereabouts of three other men to assist with investigations into the case.

Anyone with information is requested to call the police hotline at 1800-255-0000 or submit information online at www.police.gov.sg/i-witness.

In their statement, the police also reminded members of the public that harbouring fugitives is a serious offence which is punishable with jail and a fine.

They added: "The police will not tolerate such brazen acts of violence and blatant disregard of the law. We will spare no effort to apprehend such offenders and deal with them in accordance with the law."