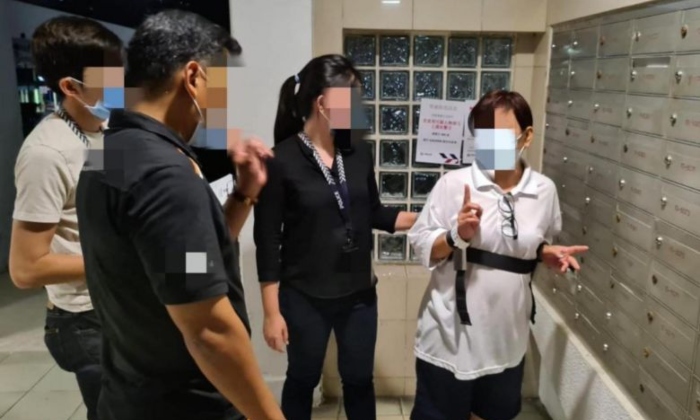 Four men and three women, aged between 23 and 54, have been arrested in the past week for their suspected involvement in the theft of Budget 2020 Grocery Vouchers from HDB letterboxes across Singapore.

Preliminary investigations indicate that the cases are likely to be unrelated and opportunistic in nature, said the police on Thursday (Oct 15).

The first suspect, a 37-year-old woman, was previously reported to have been apprehended on Sunday (Oct 11) for allegedly stealing Budget 2020 Grocery Vouchers at a residential block in Toa Payoh Lorong 7. Police are investigating this case.

Four others were arrested on Wednesday (Oct 14).

A man and woman, aged 24 and 23 respectively, will be charged in court on Friday (Oct 16) after allegedly stealing vouchers at a residential block in Tampines Street 86.

The man faces an additional charge related to stealing the vouchers at the same location on a separate occasion.

Police also arrested a man, 41, and a woman, 44, for the alleged theft of the vouchers at a residential block in Marsiling Road. On Thursday (Oct 15), two 54-year-old men were arrested in separate cases for allegedly stealing vouchers at flats in Telok Blangah Rise and in Holland Close.

Police investigations into these cases are ongoing.

The police have also received reports of similar incidents in other residential estates and said they are "intensifying our efforts with a view to apprehend the perpetrators and bring them to justice".

"If you spot any suspicious people loitering near the letterboxes, please call the police at 999 immediately," they added.

Members of the public who are eligible for the Budget 2020 Grocery Vouchers are advised to collect them from their letterbox as soon as possible, and keep their letterbox secured at all times.

Those who suspect their vouchers have been stolen should make a police report immediately and call the Grocery Voucher hotline on 1800-2222-888 to request for their vouchers to be voided and replaced. Voided vouchers cannot be redeemed.