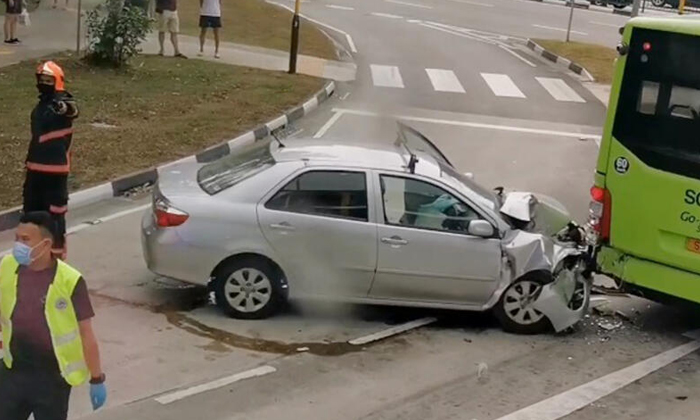 A 68-year-old car driver who was in a traffic accident with two other vehicles had allegedly suffered a heart attack and subsequently died in hospital.

The police told Stomp that they alerted to an accident involving a bus and two cars at the junction of Punggol East and Punggol Central on Saturday (Feb 20), at 1.58pm.

"A 68-year-old male driver was unconscious when conveyed to Sengkang General Hospital, where he was subsequently pronounced dead," police added.

According to Shin Min Daily News, the driver died after suffering cardiac arrest. However, it is unclear if the cardiac arrest occurred before or after the accident.

A resident in the vicinity said he heard a loud crash from his home and immediately went downstairs to help.

A female doctor who happened to be passing by the scene also tried to resuscitate the driver, but was unsuccessful.