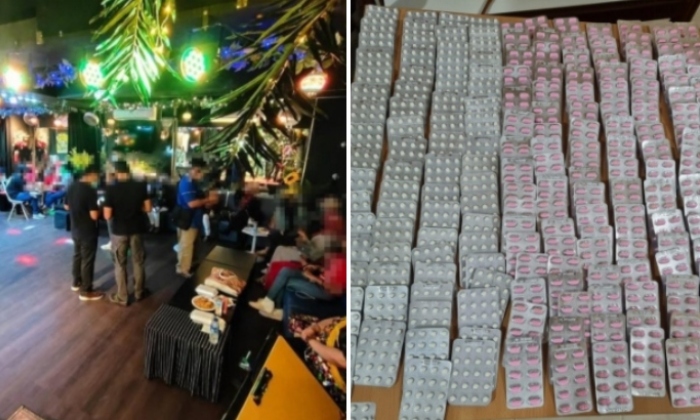 A group of 67 people, aged between 27 and 85, were arrested for their suspected involvement in various offences during an island-wide operation conducted between Dec 15 and Saturday (Dec 26).

The police said in a statement that the anti-crime operation targeted criminal activities island-wide, including congregation hotspots such as Clarke Quay, Orchard Road and Boat Quay.

46 men and 21 women were arrested for suspected vice-related activities, illegal gambling, being members of unlawful societies and offences under the Misuse of Drugs Act and Employment of Foreign Manpower Act.

Police are investigating the two organisers, aged 50 and 58, for providing public entertainment without a valid license.

"The 36 patrons will also be investigated for non-compliance with safe distancing measures under the COVID-19 (Temporary Measures) (Control Order) Regulations 2020," said the police.

"We will continue to clamp down on criminal activities during the year-end festive period. Those found engaging in such activities will be dealt with in accordance to the law."