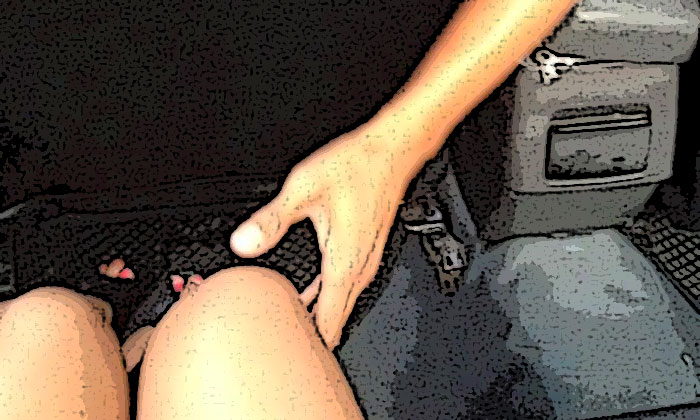 A 66-year-old cabby repeatedly told his 19-year-old passenger that he wanted to lick her private parts during a 20-minute taxi ride, a court heard on Thursday (Sept 15).

Ong Guan Seow persisted in making lewd and suggestive comments to the victim, even while driving her to a neighbourhood police centre (NPC), as directed by the victim.

The victim had been so traumatised that both a friend and her father heard her trembling voice and she sounded fearful when she called them close to midnight on Feb 7, 2015, while she was still in the taxi.

On Thursday (Sept 15), after a trial of five days, Ong was jailed for two weeks after he was found guilty of one charge of insulting the modesty of a woman.

The victim, a student who is now 20, had boarded Ong's taxi at Teban Gardens with a male friend. Ong was told to go to the Home Team Academy in Choa Chu Kang to drop the friend off, before sending the victim to her Sembawang home.

While they were in the taxi, the victim and her friend chatted about her recent break-up.

After the friend got off, Ong tried to engage the victim in conversation in Mandarin. He said: "Why you're so sweet, you send your boyfriend back to camp (sic)."

He then told her about "a boy" he picked up at Golden Mile who went to look for a "Thai girl" despite having a girlfriend, because "foreign girls can please Singaporean men better than local girls".

Ong also told the victim about how a "China lady" would go to him for "sexual pleasures", and he described explicit acts with her.

He then said: "Uncle can lick your private parts. It will be very enjoyable" and "Uncle can stop by the side of the road".

Afraid, the victim messaged her father and the friend she had dropped off. She also told Ong her father was a policeman and that he was waiting for her outside their home.

Later, when the friend's call to the victim was placed on speaker mode, he asked the cabby why he was making lewd comments. Ong replied that he was teaching the victim some "life experience". The friend could also hear Ong laughing over the phone.

The victim's father later arrived at Yishun North NPC to find her crying in a room. An investigation officer also saw the victim crying and looking "a bit traumatised", while Ong "appeared to be sleeping".

Deputy Public Prosecutor (DPP) Daphne Lim asked for at least three weeks' jail. She noted that Ong was a public transport worker who had abused the trust placed on him.

She added that Ong had not shown any remorse during his trial. Among other things, he alleged that the police investigation officer had abused her authority and deceived him into signing his statements, and fabricated parts of his statements.

Said DPP Lim: "The offence had taken place in the confined space of a taxi in the late hours of the night, while the victim was left alone with (Ong), and the victim was placed in a heightened sense of fear as a result of the words uttered by (Ong).

"The fact that she alerted both her friend and her father, and was in tears by the time she was at the NPC, is indicative of the helplessness and fear that was instilled in her by (Ong's) disgusting conduct."

The maximum punishment for insulting the modesty of a woman is a year's jail and a fine.