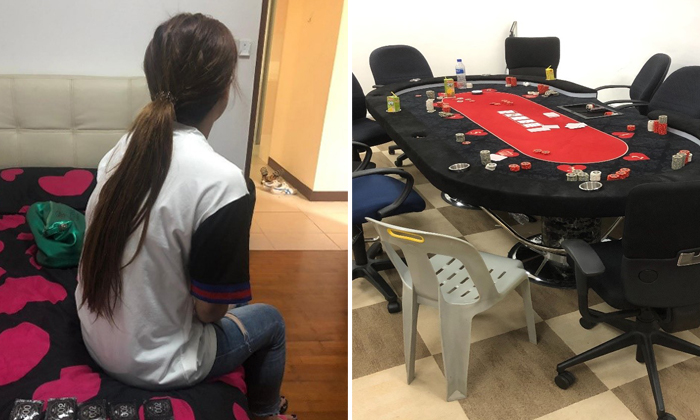 A total of 65 people were hauled up for various offences in a multi-agency joint operation conducted from June 7 to 14.

The eight-day operation covered estates including Ang Mo Kio, Serangoon, Hougang, Sengkang, and Punggol, said the police in a statement on Friday (June 21).

It was led by Ang Mo Kio Police Division and supported by officers from the Criminal Investigation Department, Central Narcotics Bureau, and Singapore Customs.

During the operations, 16 men and a woman, aged between 21 and 51, were arrested for offences under the Common Gaming Houses Act.

A man and five women, aged between 27 and 33, were arrested for their suspected involvement in vice-related activities at residential units.

Fourteen men and four women, aged between 17 and 54, were arrested for unlicensed moneylending activities, suspected drug-related offences and theft offences.

Separately, 19 men were caught with duty-unpaid cigarettes and were issued with composition sums ranging from $500 to $800.

Another five suspects, aged between 31 and 64, were investigated for online scam-related cases amounting to more than $24,000.

Commander of Ang Mo Kio Police Division, Assistant Commissioner of Police Zhang Weihan, expressed his appreciation to all officers and agencies in the operation.

He said: "The police will continue to work closely with other law enforcement agencies to take action against criminals and those who attempt to profit from their criminal proceeds. We will pursue all cases, including criminals who think they can hide behind the guise of businesses or cyberspace.

"Crime does not pay”.