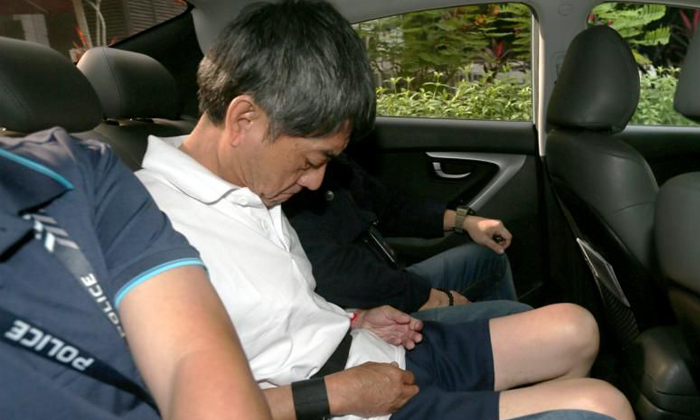 The suspect had allegedly called the police himself following the incident.

An elderly man allegedly killed his daughter in an eighth-floor unit at Block 171 Bedok South Road.

In a statement, the police said that they received a call for assistance on Monday (Nov 19) at 3.43pm.

When officers arrived at the scene, they found the victim lying motionless inside the unit. Ms Tan was pronounced dead by paramedics at around 4.17pm.

Court documents did not disclose details about her death, such as the injuries she suffered or the murder weapon that was used.

The accused will be remanded at Changi Prison Complex Medical Centre for a psychiatric evaluation.

The case has been adjourned to Dec 10.

If convicted of murder, he can face the death penalty.

A 52-year-old neighbour, Mrs Ng, told The New Paper that she saw several police officers on the ground floor upon arriving home at about 7pm.

She said that the accused, a private-hire car driver, lived there with his wife, a tuition teacher. It is unclear how many children they have.

According to Mrs Ng, who saw the accused's wife looking distressed at the foot of the block, she had rarely seen him in the last six months and he often looked glum.

"Usually, he is cheerful and would always tease my daughter. But recently he became skinnier, and you can tell he was not as cheerful as before," added Mrs Ng.