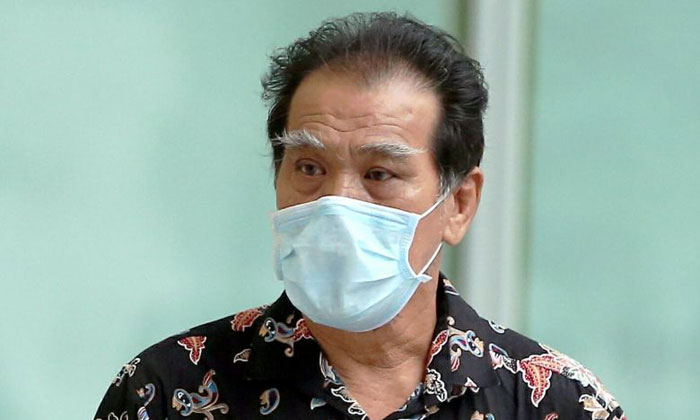 Shaffiq Alkhatib
The Straits Times
May 11, 2020

A man who allegedly left his home multiple times although he had been served with a stay-home notice (SHN) amid the coronavirus outbreak appeared in a district court on Monday (May 11).

He is also accused of an offence under the Infectious Diseases (Covid-19 - Stay Orders) Regulations 2020.

Teo, who is unrepresented, told the court that he intends to plead guilty to his charges.

The Immigration and Checkpoints Authority (ICA) said in a statement on Monday that Teo arrived in Singapore from Indonesia on March 20 and was served with an SHN.

As part of the notice, he was supposed to remain at home from his arrival date until April 3.

Despite this, he is said to have left his Jalan Sultan home near Beach Road daily between March 23 and 26 for "non-permitted purposes", spending about an hour outdoors around his neighbourhood on each occasion.

He is accused of failing to remain at home when ICA officers went to his flat on March 29 for enforcement checks.

ICA said: "Teo had left his residence to buy lunch and proceeded to an open area nearby to consume it. He was outside his residence for approximately 50 minutes.

"When he returned, he was reminded by the ICA officers that he had to remain at his residence at all times during the 14-day SHN period."

ICA said it will not hesitate to take firm enforcement action against those who fail to comply with SHN requirements.

Teo's case has been adjourned to May 20.

For each charge, a person convicted of an offence under the Act and its Regulations can be jailed for up to six months and fined up to $10,000.

Related Stories
Woman who verbally abused Sun Plaza staff, assaulted cop and refused to wear mask held at IMH
Remember man who boasted about 'having illegal gathering, so what?' So he gets charged in court
‘Sovereign' woman is physiotherapist born and raised in Singapore, moved back here after 20 years in Australia
More About:
Covid-19
court
elderly