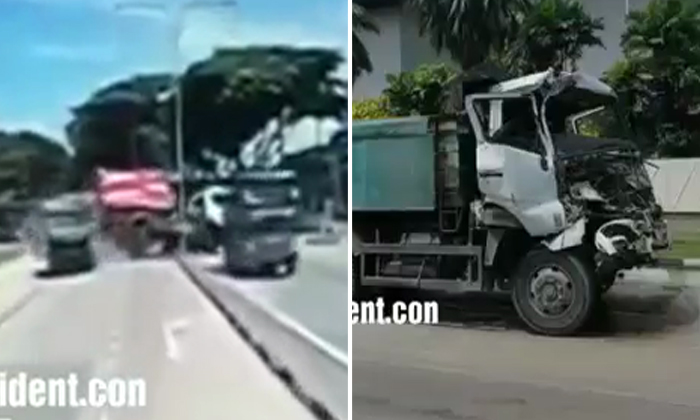 A 62-year-old man died from his injuries after an accident involving a tipper truck and a trailer along Tuas South Avenue 3 on Friday (June 28).

Responding to queries, the police said they were alerted to the accident at 2.11pm.

The tipper truck driver was taken to Ng Teng Fong General Hospital, where he subsequently succumbed to his injuries.

A video posted on Facebook shows how the trailer had been waiting to make a right turn near Tuas South Incineration Plant at the time of the incident.

The tipper truck then clipped the back of the trailer, causing the latter vehicle to surge forward and overturn on its side.

Stomper kkcreate also submitted a video taken at the scene.

The Stomper said: "A SembWaste guy sprung into action to help the driver get out of the overturned trailer."

There were no passengers in both vehicles when the accident occurred.

Related Stories
59-year-old motorcyclist dies from injuries after accident with bus in Jurong
Elderly pedestrian dies after getting run over by truck: 'I heard a scream and cracking sound'
Passenger dies in accident involving 2 lorries on AYE, one driver arrested
More About:
accident
fatal accident
trailer
truck