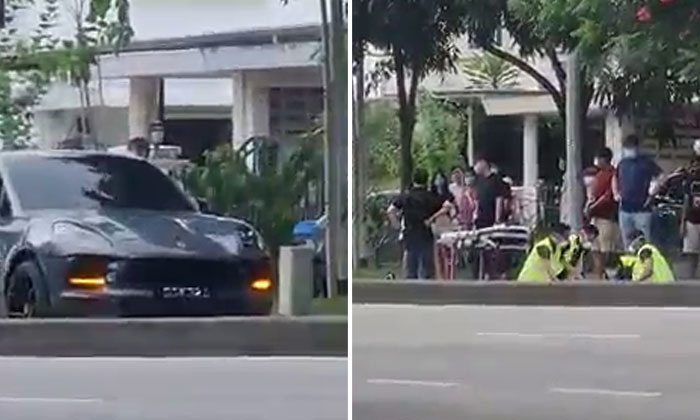 A 61-year-old pedestrian died after she was involved in an accident with a car and lorry along MacPherson Road towards Airport Road on Aug 6.

The 34-year-old Porsche driver was arrested for careless driving.

The victim's nephew, Alan See, posted an appeal for witnesses after the fatal accident.

Call for witness of fatal car accident on 6 August 5:40-5:45pm on MacPherson Road towards Macpherson Mall near bus stop...

He said she was knocked down by a Porsche SUV and "flung off far away".

Paramedics could be seen attending to her at the scene as bystanders watched on.

In response to a Stomp query, the police said they were alerted to the accident at 5.45pm.

"The 61-year-old female pedestrian was conveyed unconscious to the hospital, where she later died from her injuries," a police spokesman said.

"The 34-year-old male car driver was arrested for careless driving."