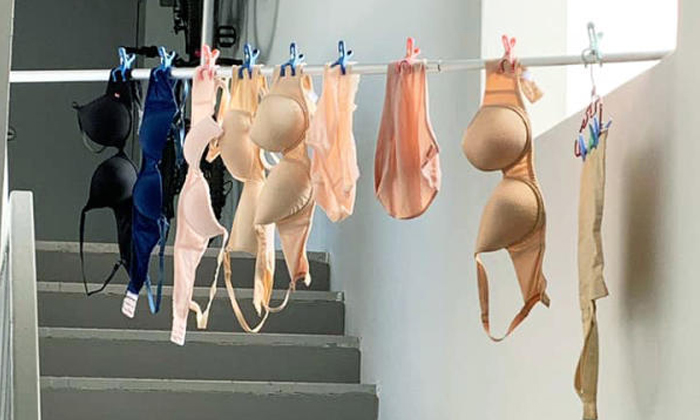 A 61-year-old man who stole more than 150 pieces of underwear was sentenced to 30 weeks in jail on July 19.

According to Lianhe Wanbao, the accused had pleaded guilty to two counts of theft and one count of public nuisance. Two other charges were taken into consideration during sentencing.

The theft occurred at Block 19 Balam Road, with a woman discovering on May 13 and May 15 that several pieces of underwear she had hung to dry along the corridor overnight were missing.

The two bras and four panties were worth around $200 in total.

The 45-year-old woman lodged a police report at MacPherson Neighbourhood Police Post at around 7.45pm on May 15 following the second theft.

With the aid of CCTV cameras, the police established the suspect's identity and tracked him down to his residence.

The man was arrested the following day, and found with 120 bras and 37 panties.

When interviewed by Wanbao, the woman's niece said that their family of six had moved into their flat in April this year.

She said they were used to leaving their laundry out to dry in the corridor at around 11pm every night before retrieving them the next morning.

However, she started to notice underwear going missing in May.

According to the woman's niece, police had shown her CCTV footage and asked if she recognised the man in the video.

She added: "The man was dressed casually and stole the underwear in mere seconds."