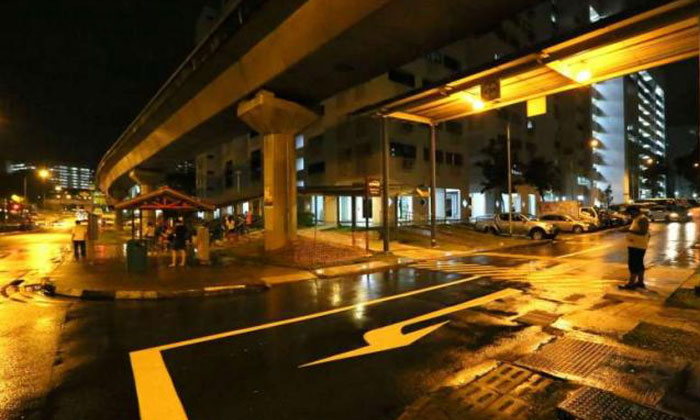 A 60-year-old woman slipped into a coma after allegedly being knocked over by a lorry at Bukit Panjang on Dec 30 (Friday).

The incident occurred at about 9.45pm on Friday (Dec 30) at the entrance of a carpark near Block 233, Pending Road, Shin Min Daily News reported on Monday (Jan 2). The family is appealing for eyewitnesses to come forward.

The nephew of the woman, a 25-year-old student who gave his name as Mr He, told Shin Min that his aunt Xiuying had been returning home that night when the incident happened.

When she did not return home on time, the family went to look for her and found out only later that she was in hospital.

His aunt, who was wearing a red blouse at the time, suffered injuries to her head and leg in the accident. She is in a coma in intensive care.

The Singapore Civil Defence Force on Monday told The Straits Times that it responded to a road traffic incident involving a lorry and a pedestrian at 9 Pending Road at 9.50pm.

It dispatched one fire engine, one Red Rhino, two fire bikes and one ambulance.

The woman was taken to Tan Tock Seng Hospital.

The police confirmed that a report was lodged. Investigations are ongoing.