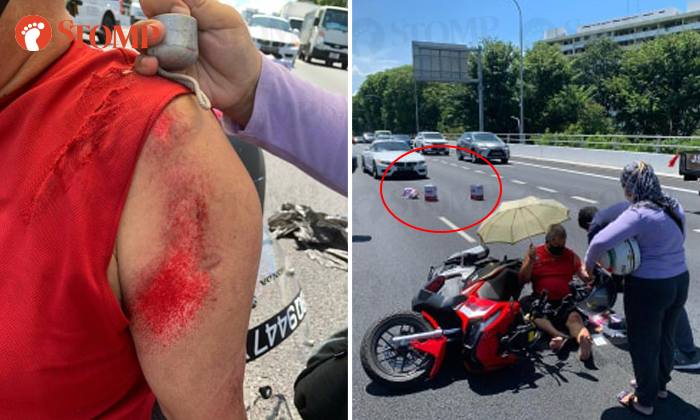 A 60-year-old motorcyclist sustained injuries in an accident along the Pan-Island Expressway (PIE) on Wednesday (Apr 22).

Stomper Lia said her brother-in-law had been trying to avoid a "black plastic bag" on the road when the accident occurred near Exit 12 at around 11.30am.

Lia's sister had been riding pillion on the bike.

The Stomper shared: "When my brother-in-law noticed the plastic bag, he tried to avoid it and fell off his motorcycle.

"A passing motorist who stopped to help opened up the plastic bag to check what was inside. It turned out to be three tins of oil." 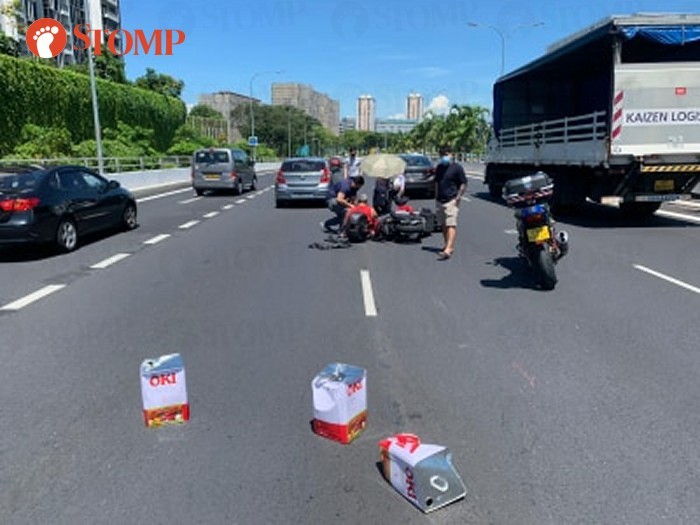 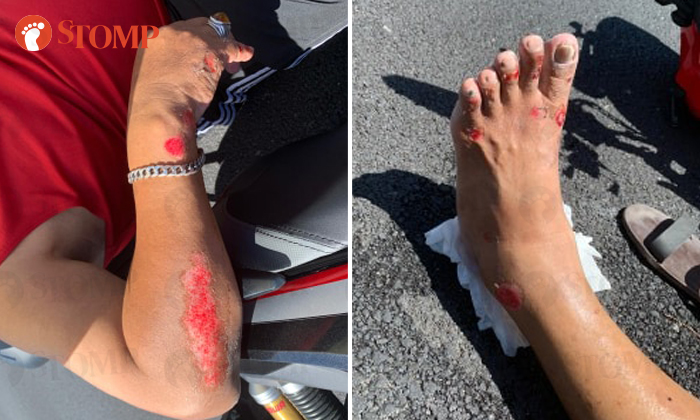 Lia, who said that her brother-in-law suffered "a lot of injuries", is appealing for video footage of the incident.

In response to a Stomp query, the police said they were alerted to an accident involving a motorcyclist along the PIE, towards Tuas, at 11.55am.

"The 60-year-old male motorcyclist was conscious when conveyed to Raffles Hospital," a police spokesman told Stomp, adding that investigations are ongoing.

If you have information or videos of the incident, kindly get in touch with Lia.