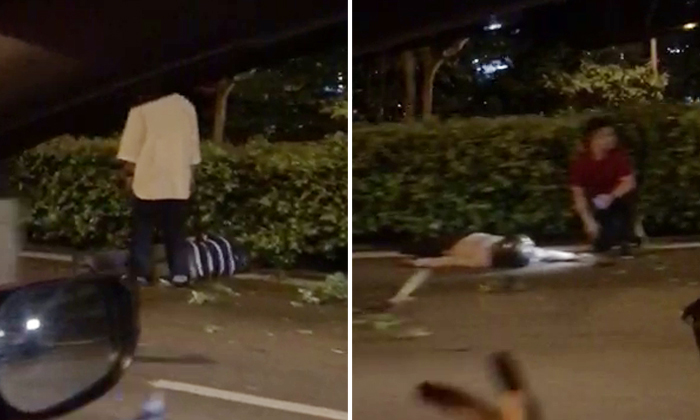 A 70-year-old man was killed in a motorcycle accident along the Tampines Expressway (TPE) on early Sunday morning (May 26).

In response to a Stomp query, the police said they were alerted to the accident, which occurred towards the Pan-Island Expressway, at 12.40am.

Stomp understands that the motorcycle had crashed into a central road divider. Both men were flung off the motorcycle, reported Lianhe Wanbao.

The motorcycle's pillion rider was pronounced dead by paramedics at the scene.

The motorcyclist, a 60-year-old man, was conscious when taken to Changi General Hospital.

He was subsequently arrested for causing death by a rash act.

A video circulating on Telegram shows two men lying by the roadside.

Debris can be seen strewn across the road.