6-year-old girl dies in hospital after being found submerged, unattended in hotel pool 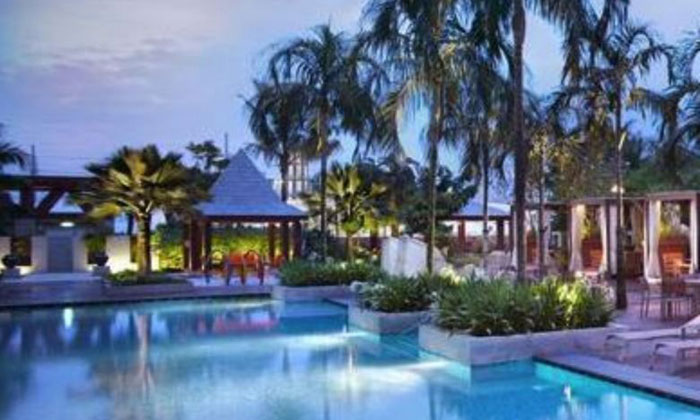 Assuming that his six-year-old grandniece could swim without a float, a man left her unattended in a hotel swimming pool - with fatal consequences.

At the inquiry into her death on Monday (April 15), State Coroner Kamala Ponnampalam said that she died of hypoxic-ischaemic encephalopathy - lack of oxygen and blood flowing to the brain - and pneumonia following a near-drowning.

She noted that Andrea, who stood at 1.18m, was left unattended in the pool that has a depth of 1.2m - 2cm deeper than her height.

She also said that the child, who was unable to swim, had been using her swimming float in the water that day.

State Coroner Kamala added: "Her granduncle held the mistaken belief that she knew how to swim. He also placed faith in the swimming float to keep her safe.

"A child who is unable to swim must always be accompanied by an adult in the swimming pool and be kept within arm's reach and in line of sight. A flotation device like a swimming float is not a substitute for constant, vigilant, adult supervision."

On Monday, State Coroner Kamala said that Andrea's granduncle Ong Cheng Chye took the little girl and his three-year-old son to the hotel's adult pool at around 10am on Oct 7 last year.

The two children had swimming floats which they wore around their torsos. Andrea's grandmother, Madam Ong Kim Tee, had bought them for the children the day before.

Mr Ong then guided his son across the length of the pool before they got out and went to the jacuzzi.

The court heard that he did not inform Andrea that he would be leaving her alone.

Madam Ong later spotted the girl's float drifting in the water. She ran towards the pool and shouted for help after she saw her granddaughter fully submerged inside the water.

Mr Ong jumped into a pool and hauled the unconscious Andrea out.

A bystander performed cardiopulmonary resuscitation on her and the police were alerted at 10.36am

Paramedics from the Singapore Civil Defence Force arrived nine minutes later and she was rushed to KK Women's and Children's Hospital where she died 10 days later.

State Coroner Kamala said that according to a senior manager at Resorts World Sentosa, there are no closed-circuit television cameras facing the pool due to "privacy issues".

The court heard that Ms Yong Hwee Fong from its safety and emergency department also said that there were signs around the pool warning swimmers about the need for adult supervision as there were no lifeguards on duty.

In her findings, the State Coroner found no shortcomings in the design and maintenance of the pool.

She said: "What was singularly lacking was adult supervision."

The inquiry into Andrea's death came two weeks after one involving six-year-old Sherlyn Ler, who was found unconscious in a pool during a swimming lesson at Kallang Basin Swimming Complex in December 2017.

Sherlyn had been left to fend for herself for at least four minutes as she swam using a swimming board before she was found unconscious in the water. She later died in hospital.