Boy, 6, suffered skull fractures and hearing loss after being hit by e-scooter at Punggol Park Connector 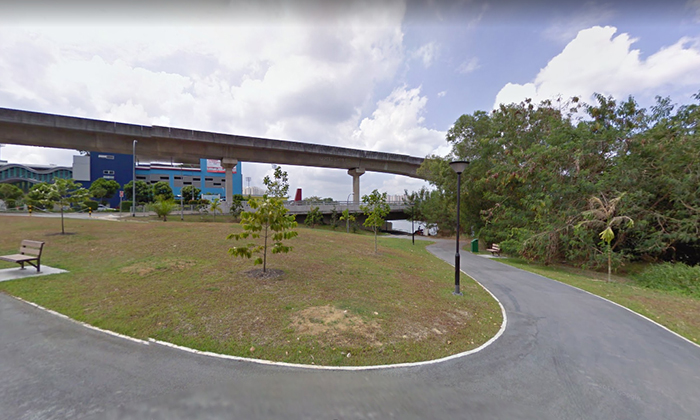 A six-year-old boy suffered injuries including skull fractures and "moderate" hearing loss after an e-scooter rider knocked into him along the Punggol Park Connector last year.

On Thursday (Nov 7), Neo Wei Chia, 42, was sentenced to five days' jail after pleading guilty to causing grievous hurt to the boy by riding his device in a negligent manner.

The boy, who has since recovered, cannot be named as he is a minor.

Shortly before the accident, the child was riding pillion on his grandmother's bicycle along the park connector at around 6.30pm on April 12 last year.

He then told his grandmother that he wanted to get off as they approached his home at the Riversails condominium in Upper Serangoon.

She continued cycling after that while he ran along the left side of the park connector near an entrance to the condominium.

Deputy Public Prosecutor R. Arvindren said that Neo was riding his e-scooter "speedily" at around the same time and did not slow down. Court documents did not reveal his speed.

The DPP told District Judge Ong Hian Sun: "The victim then suddenly crossed over from the left side of the said park connector to the right.

Both Neo and the boy fell to the ground. The child was then seen bleeding from his left ear.

His grandmother immediately came forward while Neo remained at the scene with the boy.

The child was taken to KK Women's and Children's Hospital where he was found with injuries including fractures to his skull and abrasions on his left limbs.

DPP Arvindren had urged Judge Ong to sentence Neo to at least a week's jail, adding: "There must be a sufficient measure of deterrence to ensure that PMD (personal mobility device) users who share the same space as pedestrians take extra care to ensure that they are doing so in a lawful and safe manner."

Defence lawyer K. Jayakumar Naidu said that his client is "deeply remorseful" and that the boy had "dashed out" from the grass verge.

He told the judge: "We are urging this court to consider a fine. But due to his financial disposition, we urge (this court) to impose a one-week custodial sentence."

In the latest and toughest measure yet to address safety concerns, e-scooters have been banned from footpaths from Tuesday.

This means that e-scooters will be confined to only 440km of cycling paths islandwide, instead of the 5,500km of footpaths users could use before.

For now, the authorities will mainly issue warning letters to errant riders, but a zero-tolerance approach will be taken from next year.

For causing grievous hurt to the boy by riding the e-scooter in a negligent manner, Neo could have been jailed for up to two years and fined up to $5,000.