6 women arrested for carrying out vice activities in hotels, 4 men nabbed for gambling at coffee shop 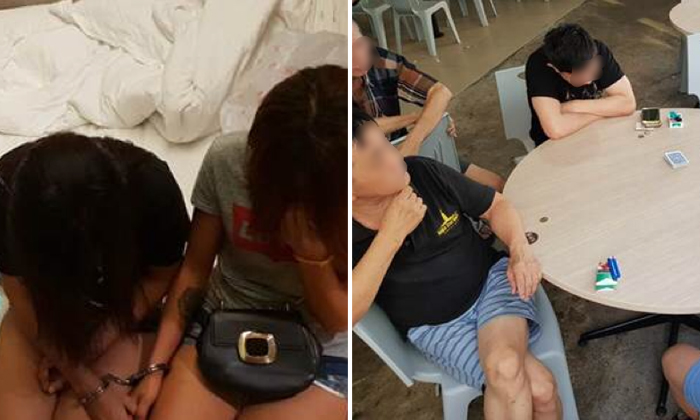 Six women and five men, aged between 20 and 67, were arrested in a two-day enforcement operation targeting vice and public gaming activities.

The operation was conducted by Central Police Division along Jalan Sultan Road, Middle Road and Kelantan Lane, and ended on Sep 23.

The female suspects, aged between 20 and 31, were arrested for offences under the Women’s Charter, said the police in a news release.

They are believed to have advertised their sexual services online and carried out the vice activities at hotels located along Jalan Sultan Road and Middle Road.

Four men, aged between 48 and 67, were arrested for public gaming at a coffee shop along Kelantan Lane.

Twenty-five stacks of poker cards and cash amounting to $324 were seized.

A 41-year-old man was also arrested under the Remote Gambling Act for suspected involvement in illegal 4D collection activities.