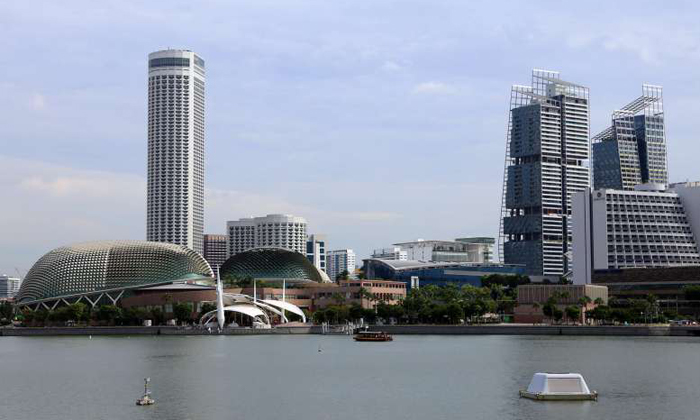 Indonesian police arrested on Friday (Aug 5) six suspected militants from a terror cell in Batam, including the group leader who is believed to have had a plan to attack Singapore.

The group, whom the police have identified only as KGR @ Katibah GR is accused of harbouring two Uighurs, Indonesian national police spokesman Boy Rafli Amar said in a text message.

Ali, one of the Uighurs, has been linked to the suicide bomber who tried to attack a police station in the city of Solo in Central Java on July 5.

The bomber, Nur Rohman, a 30- year-old local from Sangkrah village in Solo, had fetched Ali from Batam to Bogor and then to Bekasi, where he was left with an Indonesian militant named Arif Hidayatullah, alias Abu Musab, Mr Boy Rafli said.

The second Uighur, identified as Doni, has since been deported.

Mr Boy Rafli said that the group’s leader, Gigih Rahmat Dewa, 31, and Bahrun Naim, an Indonesian militant believed to have been fighting alongside the Islamic State in Iraq and Syria (ISIS) militant group "previously planned to launch a rocket from Batam to Marina Bay Singapore”, police said, without elaboration.

Gigih is suspected to have received and channelled funds for radical activities sourced from Bahrun, he added.

He also helped to facilitate Indonesian Muslim "brothers" to make the trip to Syria to fight ISIS. The journey would be through Turkey, with the assistance of Indonesians in Turkey, Mr Boy Rafli said.