6 taken to hospital for burn injuries, smoke inhalation after fire breaks out in Yishun bedroom 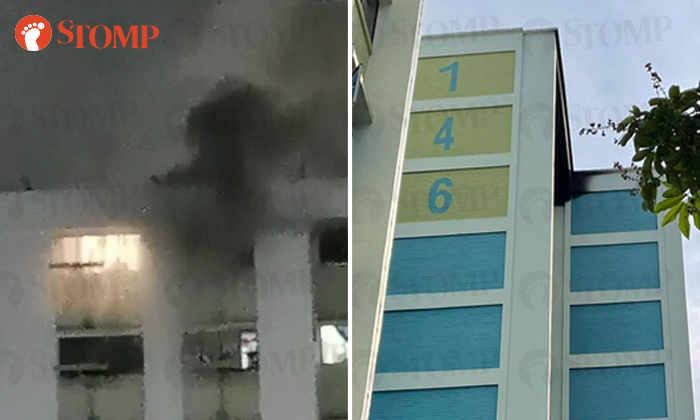 A fire that broke out in a flat at Block 146 Yishun Street 11 on Tuesday night (Dec 22) left one person with burn injuries and caused four others to suffer smoke inhalation.

All five residents and a sixth party were taken to hospital.

The Singapore Civil Defence Force (SCDF) said it was alerted to the fire, which involved contents of a bedroom in a 12th-floor unit, at around 10.10pm.

The SCDF extinguished the fire using one water jet and a compressed air foam backpack, a spokesman told Stomp.

Five occupants self-evacuated from the affected unit prior to the SCDF's arrival.

One of them suffered burn injuries while the other four suffered smoke inhalation. They were taken to Singapore General Hospital (SGH).

The SCDF added: "Another person who complained of smoke inhalation was also conveyed to SGH.

"Patients who have sustained smoke inhalation or serious burn injuries, but are in a stable condition, will be conveyed to SGH’s specialised Burn Centre instead of the nearest hospital."

Additionally, about 25 residents from the affected block were evacuated by the police as a precautionary measure.

Stompers Jerome and Anonymous shared videos showing smoke billowing from the unit as well as photos showing the charred facade of the block the following day. 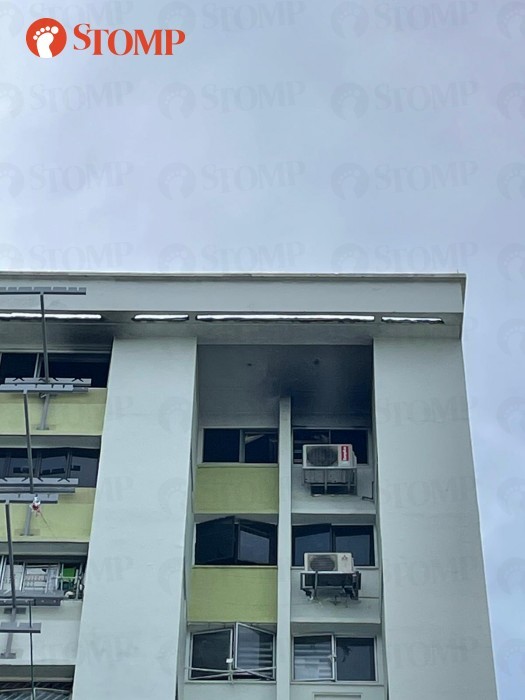 Jerome, who saw firefighters and a fire engine at the scene at around 9.50pm, said: "Good that they were here and acted quickly."

Stomper A recounted: "My husband and I were watching television in the living room at around 10pm when we heard sirens. We were hoping it wasn't another Covid-19 emergency case.

"About 10 minutes later, we were preparing to end our entertainment and tuck in to bed. That was when when we heard shouting and rushed to see what was going on.

"There were no visible flames from where we were when we looked out of our window.

"It was only when we saw torchlights flashing inside the unit and outside the block, as well as thick black smoke, then we knew there was a fire in the corner unit.

"After which, we heard loud sparks similar to the sound of firecrackers and more black smoke emitting from the unit.

"More shouting could be heard but we had no clue what was going on and only could pray that everyone was okay."