6 men and 2 women arrested for illegal racing on KPE, some participants remain at large 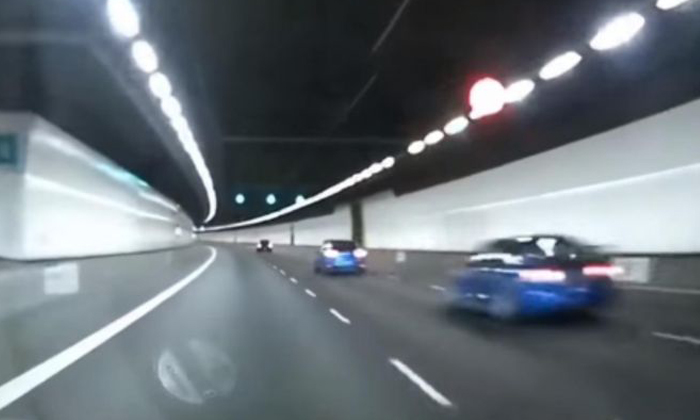 Six men and two women have have been arrested for dangerous driving and illegal racing on the Kallang-Paya Lebar Expressway (KPE) during the circuit breaker period.

In an incident captured by a car's dashboard camera on May 16 that went viral, at least nine cars can be seen speeding in the tunnel, zooming past a car travelling at 80kmh.

Police were alerted to the incident at about 1.30am the same day.

The Straits Times understands that more people involved in the race remain at large.

The police said the eight drivers, who are aged between 20 and 42, were arrested between May 19 and 22. All are also being investigated for breaching safe distancing measures.

The police said the drivers' actions were "highly dangerous and irresponsible" and said they took a stern view of such road behaviour that put the lives of others at risk.

Motorists who promote or take part in any competition or trial of speed can be jailed for up to six months and fined between $1,000 and $2,000 for their first offence, may have to forfeit their cars and could be disqualified from driving.