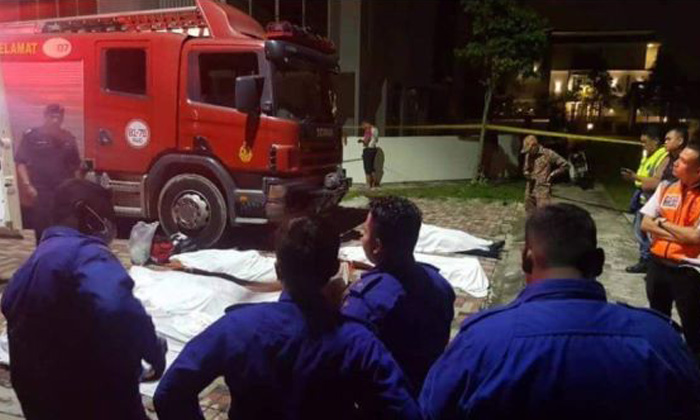 Six Malaysian Fire and Rescue personnel drowned while trying to rescue a teenager from a disused mining pool in Taman Putra Perdana in Puchong, Malaysia at around 9pm on Oct 3.

According to The Star, the men, who were part of the rescue diving unit, were dragged away by strong currents during the rescue mission.

The 17-year-old boy had fallen into the mining pool while he was fishing with two others at around 5.50pm.

His two friends immediately went to seek help from nearby residents.

The Selangor Fire and Rescue Department subsequently managed to retrieve the six personnel and administered cardiopulmonary resuscitation (CPR) on them in an attempt to resuscitate them.

"The personnel however did not respond and were pronounced dead," said Selangor Fire and Rescue Department director Azmi Osman.

"The bodies have been sent to the Serdang Hospital for post-mortem examination," he said.

Related Stories
Suspected drowning at Sentosa: Beachgoers heard shouts for help and saw a pair of hands in water
Open verdict on death of boatman who was found drowned in Singapore River after his boat went up in flames
Man drowns after falling into Kallang River: He was allegedly trying to wash his hands
More About:
drown
drowning