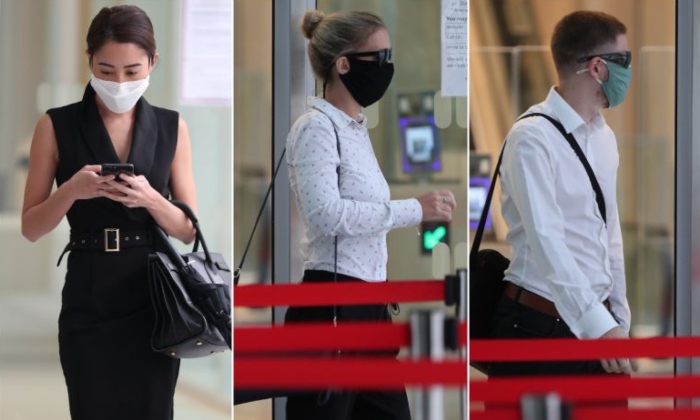 Six people have been fined $3,000 each for taking part in an unlawful gathering on Lazarus Island amid the Covid-19 outbreak on Aug 8.

They were part of a 12-person gathering on the island that violated Covid-19 regulations, which prohibited social gatherings of more than five people who do not stay in the same place of residence.

Sarkies is Singaporean while the rest are British.

Alexander, Jeffs and Dunford were represented by Mr Shafiuddin Ong from Emerald Law, while Sarkies, Cronk and Lagesse were unrepresented.

According to court documents, the group of 12 took a ferry from mainland Singapore to St John’s Island at 11am on Aug 8.

Once there, the group walked to the beach along Lazarus Island, which is connected by a man-made causeway to St John’s Island. They then engaged in various leisure activities, before taking a ferry from St John’s Island back to mainland Singapore at around 6pm.

The court heard that Sarkies posted photographs of the trip on social media platform Instagram.

Urging the court to fine each individual $3,000, the DPP said in his sentencing submissions that the case was comparable to an earlier incident involving 12 other people gathering in Kallang. Each offender in that case was fined $3,000.

Mr Ong disagreed, submitting in mitigation that his clients should be each fined $2,500 instead. He argued that a distinction should be made between the present case, which occurred during Phase 2, and the earlier case, which happened during circuit breaker.

If found guilty of the offence under the Covid-19 (Temporary Measures) Act, first-time offenders can be jailed for up to six months or fined up to $10,000, or both.