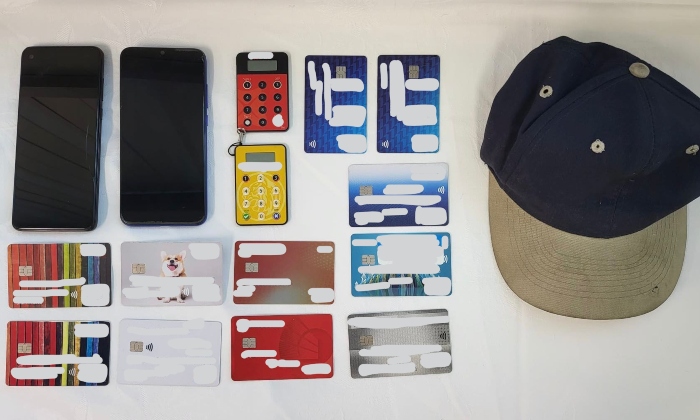 Four men and two women were arrested for money laundering activities in an island-wide anti-scam enforcement operation conducted by the Police Intelligence Department and Commercial Affairs Department on Sept 13 and 14.

Another two women, aged 33 and 37, are being investigated, said police.

In June, police received information that criminal proceeds arising from investment scams amounting to more than $4.5 million were credited into several bank accounts in Singapore.

He is also believed to have withdrawn the criminal proceeds from the bank accounts and was established to be the reseller of the fraudulently obtained bank accounts with ATM cards and pre-registered prepaid SIM cards to facilitate illicit activities.

Another two men, aged 38 and 39, had allegedly withdrawn money from the bank accounts and later converted the criminal proceeds into cryptocurrencies since January.

The two women, aged 20 and 51, are believed to have facilitated in the money laundering activities by withdrawing money from the bank accounts and later handing the criminal proceeds to the first man.

Another bank account holder, a 32-year-old man, had allegedly sold and relinquished his bank account and ATM card to the first man in July.

Several case exhibits such as cash amounting to more than $19,000, 16 mobile phones, more than 30 pre-registered prepaid SIM cards and 150 ATM cards were found and seized from the possession of the suspects.

The three men were to be charged in court on Sept 15.

The first man was to be charged with the offence of assisting another to retain benefits from criminal conduct under Section 51 of the Corruption, Drug Trafficking and other Serious Crimes (Confiscation of Benefits) Act 1992.

The two men, aged 38 and 39, were to be charged with the offence of possessing benefits from criminal conduct, which carries a fine of up to $500,000 and/or a jail term not exceeding 10 years.

Investigations against the 32-year-old man and four women are ongoing.

To avoid being an accomplice to crimes, you should always reject requests by others to open and/or sell bank accounts, or receive money in their bank accounts, as you will be held accountable if these are linked to criminal activities.