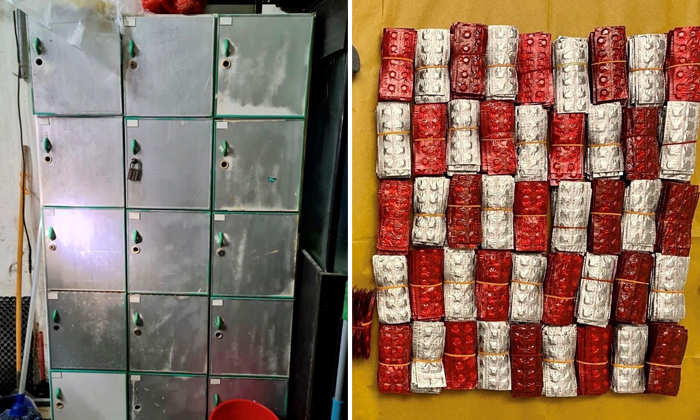 Five men and one woman were arrested for suspected drug activities during an enforcement operation conducted by the Central Narcotics Bureau (CNB) on Tuesday (Aug 11).

According to a CNB statement, five of the suspects are Singaporeans and one is Malaysian. They are aged between 25 and 60.

"Cash amounting to $7,600 was also recovered during the operation that took place in multiple locations in Singapore," said the CNB.

On late Tuesday evening, CNB officers raided the hideout of a 60-year-old Singaporean male in the vicinity of Geylang Lorong 4.

He was arrested along with a 40-year-old Malaysian man and a 49-year-old Singaporean man in the same unit.

Three packets containing around 45g of 'Ice' were found within and in the vicinity of the unit. A total of 33 cartons and 6 packs of contraband cigarettes were also recovered from the unit.

In a follow-up operation, CNB officers arrested two Singaporean men, aged 25 and 35, in the car driven by the former, in the vicinity of Jalan Besar.

Cash of $7,600 was recovered from the 25-year-old man, who was then brought back to his hideout at a hotel located in the vicinity of Beach Road.

There, a 27-year-old Singaporean woman was arrested.

The CNB added: "The total amount of 608g of 'Ice' that had been seized in the operation is sufficient to feed the addiction of about 347 abusers for a week."