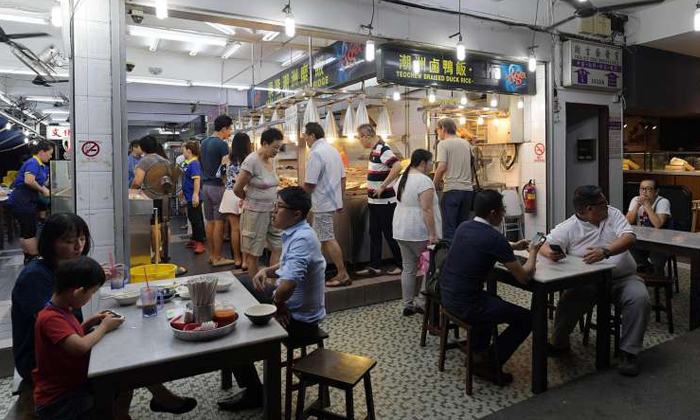 A fight broke out between two groups of customers at a porridge restaurant along Upper Serangoon Road in the wee hours of Sunday morning (July 24) at around 3am.

According to a report on Lianhe Zaobao, the police arrested six people aged between 25 and 40 at the scene.

A 31-year-old man was injured during the brawl and was conveyed conscious to Tan Tock Seng Hospital.

The dispute occurred at Heng Long Teochew Porridge -- where earlier in May, four customers had trashed the place and gotten in a tussle with restaurant staff because they were upset with their $28 bill.

In this latest incident, a witness told Lianhe Zaobao how things had started off as a disagreement between two male diners.

According to the witness, a man in his 40s plus his two friends had been ordering dishes at the restaurant, when they encountered an uncle in his 50s or 60s doing the same thing.

There were two employees serving both parties separately, said the witness.

"I don't know what happened but the man and the uncle started arguing. The restaurant staff tried to stop them and at first, everything was fine.

"The uncle went outside the restaurant, but kept looking at the man. The latter loudly asked what he was looking at and said since the uncle was an elder, he could order first.

"All of a sudden, three men who were seated at another table suddenly picked up chairs and rushed over towards the man and his friends, hence leading to a brawl among the group.

Two women tried to break up the fight but to no avail and the police arrived within five to ten minutes, added the witness.