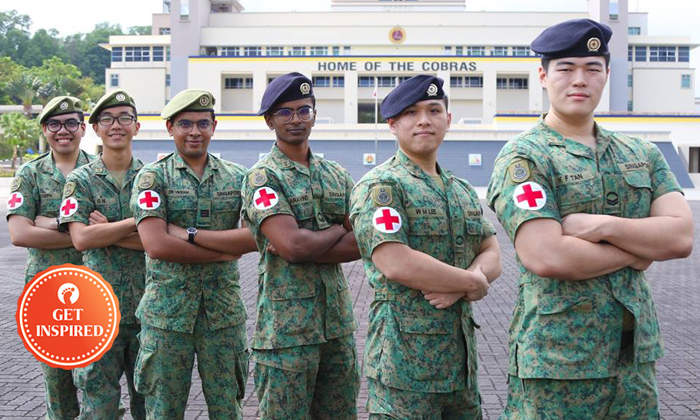 Six soldiers have been commended by the Singapore Army for coming to the aid of an accident victim along Mandai Road on Monday morning (Feb 18).

The 46-year-old foreign worker had been hit by a minibus at around 8.52am and was seen being attended to by medical officers.

He was subsequently taken to hospital while the 60-year-old minibus driver was arrested.

The group had been on their daily duty at around 9am when they were informed of the accident, which occured just outside of Mandai Hill Camp Medical Centre.

They immediately rushed down and provided medical support to the man.

CPT Vikram said: "When we arrived at the scene, we saw the injured man lying motionless on the road just outside of our camp.

"As a medical officer, I did the initial assessment, and along with a few of my medics, we immediately provided spine stabilisation, compression and dressings to the head and facial wounds."

The main aim was to prevent further escalation of the man's injuries, added CPT Vikram.

Wishing the victim a speedy recovery, the Singapore Army also commended its servicemen for always being ready to step forward in times of need.