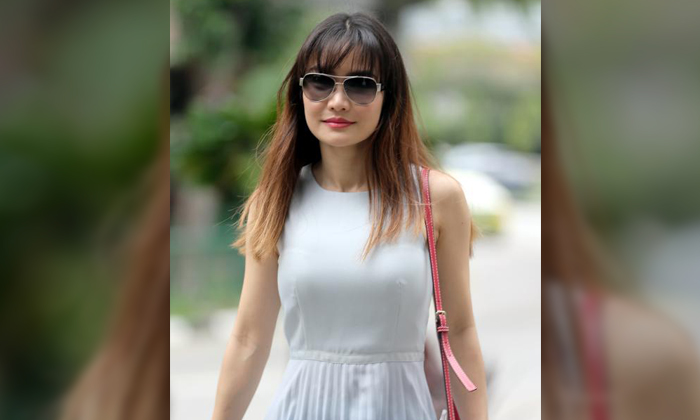 Actress-model Melissa Faith Yeo Lay Hong called the police emergency hotline in May this year and used vulgar language when talking to the operator who took her call.

The court heard that she became unhappy when the operator, Mr Mohamad Faizan Mohamed Rais, 38, told her to calm down. She responded by hurling a swear word at him.

In another incident, Yeo, 33, who also works as a property agent, made a lewd hand gesture and hurled an obscenity at an SMRT employee in November last year.

She was fined $5,000 on Wednesday (Dec 4) after pleading guilty to two offences under the Protection from Harassment Act.

State Prosecuting Officer (SPO) Mohd Nasri Haron said that assistant station manager Victor Chuang Shi Chang, 63, was at the control station of Bishan MRT station on Nov 21 last year when Yeo approached him to ask about the past transactions on her ez-link card.

Mr Chuang then informed her of her last two transactions. When Yeo asked for more information, he directed her to a functioning general ticketing machine about 50m away.

The court heard that the machine allowed members of the public to view all their travel records.

Yeo went towards it but returned soon after and told Mr Chuang off, accusing him of giving her wrong information.

She later asked him for a feedback form and he gave her one. After taking it, she flashed him an obscene hand gesture and hurled a vulgarity at him. He alerted the police on Dec 4 that year.

SPO Mohd Nasri said that Mr Mohamad Faizan was on duty on May 2 this year when he received a call from Yeo at around 6.30pm.

Yeo wanted to find out about the case of an assault earlier in the day in which she was the victim. During the conversation, she also used an obscene word to refer to an investigation officer handling it.

On Wednesday, defence lawyer Gerard Quek told the court that Yeo was "frustrated by the perceived lack of assistance". Mr Quek pleaded for Yeo to be given a fine of $3,000.

He told District Judge Ng Peng Hong: "Her conduct on both occasions were not reflective of her general character. She is sorry for what she had done. She had tendered a written apology early in the proceedings and had elected to plead guilty at the first opportunity."

The outcome of the assault case was not mentioned in court on Wednesday.

She also caused a stir among netizens in 2009 when she announced on her blog that she was going to Bangkok for breast augmentation.

In 2014, she appeared in a local movie titled Afterimages, which was about urban legends and superstitions in Singapore.

For verbally abusing a public servant, she could have been jailed for up to a year and fined up to $5,000.