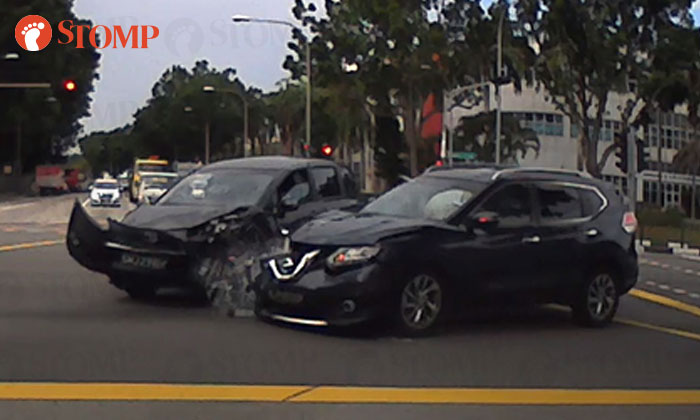 A 58-year-old woman was taken to hospital after she was involved in a three-car collision at the junction of Eunos Link and Ubi Avenue 3 on Wednesday afternoon (Oct 9).

Stomper Frankie alerted Stomp to the accident and shared footage from his in-car camera that captured the moment the collision happened.

In the video, a black car is seen making a right turn before two cars coming from the car's left crash into the car's side.

"I believe the driver was making an illegal right turn," said Frankie.

In response to a Stomp query, the police said they were alerted to the accident at about 4.14pm.

"A passenger from one of the cars, a 58-year-old woman, was conscious when conveyed to Changi General Hospital," a police spokesman said.

Related Stories
30-year-old cyclist taken to hospital after accident with bus in Sembawang
Cyclist in accident with 2 cars along Upper Serangoon Road
Newly-wed couple injured by hit-and-run car: "I will never ever ride a motorcycle again"
More About:
accident
collision