57 investigated for gathering in groups larger than 5 pax, 7 arrested for suspected drug offences 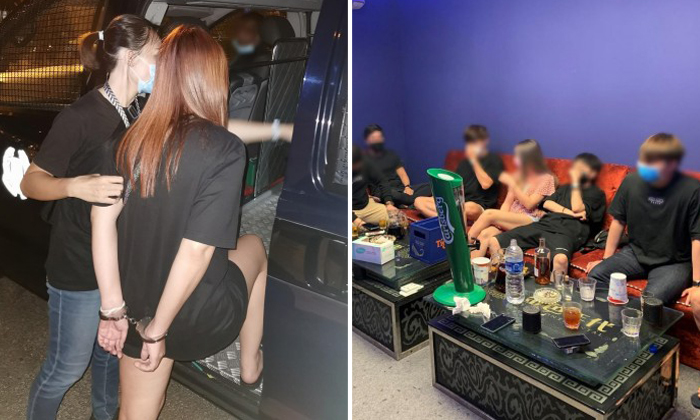 The raids were conducted along Ubi Road 1 and Kallang Pudding Road by Bedok Police Division from Oct 28 to Oct 31.

"A total of 39 men and 18 women, aged between 19 and 66, were investigated for their alleged breach of COVID19 (Temporary Measures) (Control Order) Regulations for gathering in a group of more than five persons," said the police in a statement on Wednesday (Nov 4).

Two men are also being investigated for providing public entertainment and sales of liquor without a valid licence.

Police investigations are ongoing, and the Central Narcotics Bureau is investigating the alleged drug activities of the arrested suspects.

Under the Public Entertainments Act, the offence of providing public entertainment without a valid licence carries a fine not exceeding $20,000.

Under the Liquor Control (Supply and Consumption) Act 2015, the offence of supplying liquor without a valid licence carries a fine not exceeding $20,000.

"Actions will be taken against the operators for flouting the rules and regulations under the Public Entertainments Act & Liquor Control (Supply and Consumption) Act 2015," police added.

"The police take a serious view of anyone found breaking the law and offenders will be dealt with in accordance to the law."