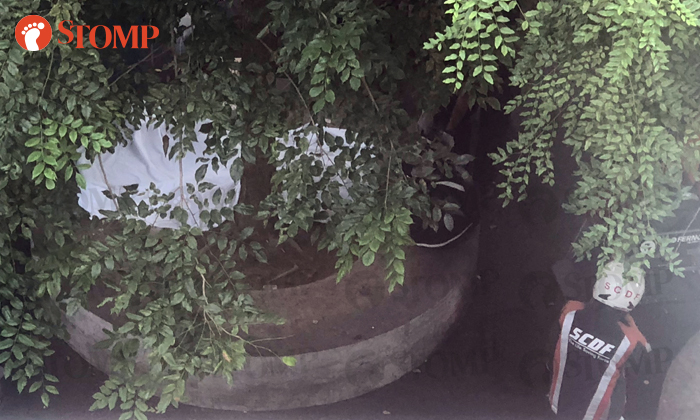 A 56-year-old man was found dead on a bench outside Jurong Point shopping mall on Friday morning (July 13).

Stomper J said he had been on the way to work when he noticed medics and the Singapore Civil Defence Force (SCDF) at the scene.

He said: "The body was lying on the soil outside Jurong Point, at the recreation area, and covered with a white cloth.

"I saw the body with flies on the stomach and believe he could have been dead for hours.

In response to a Stomp query, the police said they were alerted to a case of unnatural death at 1 Jurong West Central 2 at 9.05am.

"A 56-year-old man was found lying motionless on a bench and was pronounced dead by paramedics at the scene," a police spokesman told Stomp.

The Singapore Civil Defence Force (SCDF) said it responded to the incident at 9.07am.