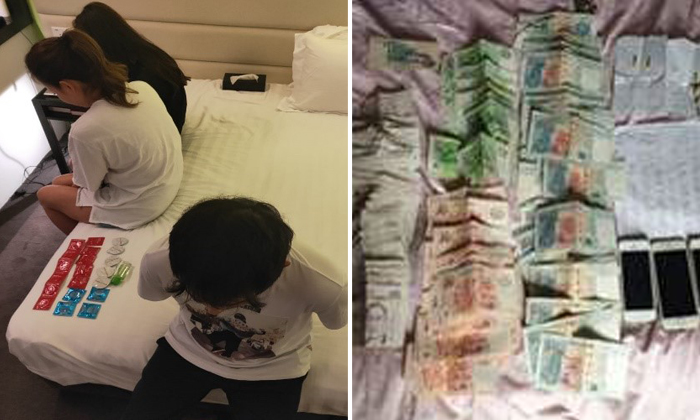 A total of 31 men and 25 women, aged between 19 and 80, were nabbed in an enforcement operation against vice and gambling activities.

One man and six women were arrested for suspected vice-related activities, said the police in a statement on Thursday (June 6).

Twelve women were apprehended for offences under the Women’s Charter.

These women, residing in Singapore on work passes and Short Term Visit Passes, were believed to have operated in hotels and rented apartments.

A 61-year-old man was also nabbed for obstructing police officers from discharging their duties.

Another seven women and 24 men were arrested for offences under the Remote Gambling Act and Common Gaming Houses Act.

The remaining five men were arrested for immigration-related offences and offences under the Misuse of Drugs Act.

"The police will continue to clamp down on sleaze and criminal activities. Those found engaging in illicit activities will be dealt with sternly in accordance to the law," they added in the statement.