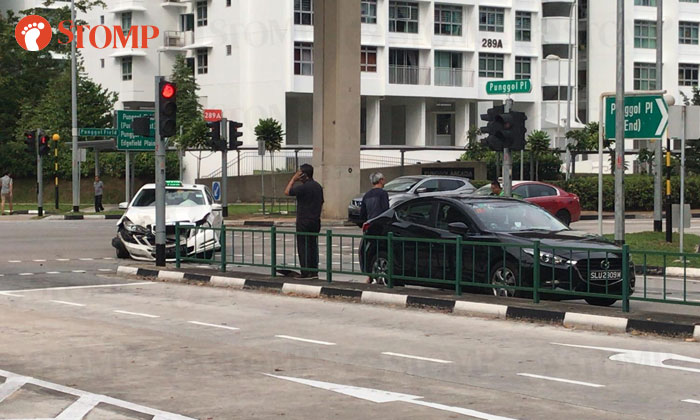 A 54-year-old driver was taken to hospital after he was involved in an accident with a taxi at the junction of Punggol Field and Punggol Place on Sunday afternoon (Mar 31).

Stomper AJ alerted Stomp to the accident and shared a photo taken at the scene.

In the photo, the front of the white taxi is badly damaged. A black Mazda is seen next to the road divider, a few metres away.

According to AJ, this is not the first time an accident has occurred in that particular area.

"So far, almost 15 accidents have taken place at this junction," he said.

In response to a Stomp media query, the police said it was alerted to the accident at about 4.29pm.

The car driver, a 54-year-old man, was conscious when taken to Sengkang General Hospital, a spokesman said.