53-year-old woman hit by e-scooter in Pasir Ris: Family may have to pull plug on life support 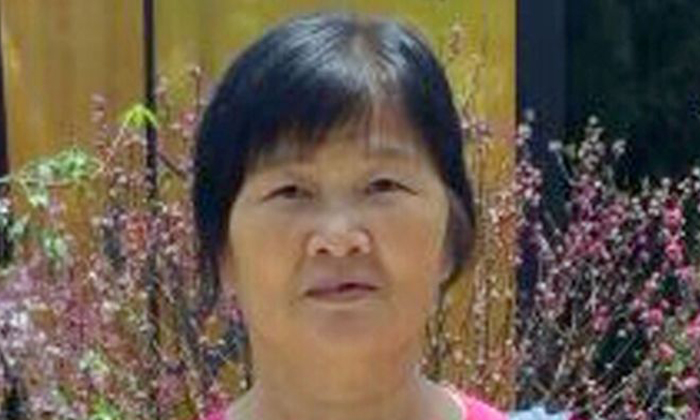 In the next two days, her loved ones must make what could be a life-or-death decision - whether to take her off life support.

The last time they saw her conscious was last Saturday when she left their Pasir Ris home with her bicycle to shop for groceries.

It was her Saturday routine, but on this fateful day, Madam Ang Liu Kiow, a 53-year-old housewife, met with an accident involving a 17-year-old on an electric scooter.

She was still awake after the accident but lost consciousness in the ambulance while being taken to Changi General Hospital (CGH), where she underwent two operations on her brain.

Not only has she not woken up, but her condition has since worsened. Her husband and children - two sons and a daughter - are bracing themselves for the worst.

The circumstances surrounding the accident, which happened around 10am on a pavement in Pasir Ris Drive 1, remain unclear.

But Madam Ang's son, Mr Wilson Leong, believes the e-scooter crashed into her. The 22-year-old student told The New Paper on Monday: "My mother rides her bicycle to buy groceries every Saturday, so I think the accident must have happened then."

TNP understands that Madam Ang was not on her bicycle when the accident happened.

Mr Leong said his father received a call from the hospital around noon telling him about Madam Ang.

"We rushed over and were told that there was a blood clot at the back of her brain that required immediate surgery," he said.

"The surgery was supposed to take three hours but because of complications, it took almost six. She used up about two bags of blood."

Just when the family thought the worst was over, they were told on Sunday morning that there were further problems.

"We were told that they needed to do another operation to drain out brain fluid that was building up," he said.

"They put a tube into her brain. She was heavily sedated, and I haven't been able to speak to her."

Mr Leong said that when he posted an appeal on Facebook for witnesses to the accident, a woman told him that she had seen five youths tending to Madam Ang. The e-scooterist was believed to be among them.

He understands the e-scooterist called for an ambulance for his mother, but his family have yet to hear from the teen, who did not give them his contact number.

"My mother never did anything to hurt anyone," said Mr Leong.

The e-scooterist was arrested yesterday. The police have classified the case as a rash act causing grievous hurt and are investigating.

Mr James Bay, 73, a retiree who lives in the area, told TNP that he was cycling when he saw the aftermath of the accident on Saturday morning.

"I saw a woman sitting at the bus stop with five young guys around her," he said.

"There was also a dark-coloured e-scooter on the ground nearby. It was a big scooter."

Mr Bay added that many youngsters ride e-scooters, bikes and skates, some of them at fast speeds, in the area.

"There are a lot of old people here, so it can be quite dangerous."

Lawyers said that it might be difficult to get compensation in accidents involving personal mobility devices (PMDs), such as e-scooters, e-skates and hoverboards.

PMDs are currently not allowed on pavements, roads and park connectors, only on private premises.

This is set to change by year end when new rules kick in.

Member of Parliament for Pasir Ris-Punggol Zainal Sapari was shocked to learn of the accident.

"We need to look into legislation to make it compulsory for riders of personal mobility devices to have third-party insurance," he said.

"Despite our best efforts at education, there are still users who do not adhere to guidelines that have been prescribed.

"I hope this incident will trigger the relevant authority to review its position with regard to making third-party insurance mandatory."

He will be alerting Deputy Prime Minister Teo Chee Hean, who is the MP for that area, and they will be reaching out to the family to provide assistance.

He added that enforcement must also continue to ensure the safety of pedestrians.

But any new measure may come too late for Madam Ang and her family.

Mr Leong said: "I cannot describe the feeling in words. My father has been crying often and hasn't been eating since the accident."

"The doctor told us my mother has had multiple strokes in the brain due to a lack of oxygen. We have to decide whether to take (her) off life support and see if she comes to," he said.

"But when the time comes, if needed, we want to let her go peacefully. We can't bear to see her suffer any more.

15kmh too fast for the elderly to react: Expert

The 17-year-old rider of the e-scooter was arrested yesterday for a rash act causing grievous hurt.

Criminal lawyer Ravinderpal Singh of Kalco Law said the penalty for this offence is a jail term of up to four years, a fine of up to $10,000, or both.

Lawyer Raphael Louis of Ray Louis Law said it could be hard for Madam Ang's family to seek compensation because "e-scooters are usually not insured, unlike cars".

He added: "Even if the person responsible is prosecuted, the compensation paid will be minimal. The criminal aspect doesn't help the victim much in terms of compensation."

For compensation cases, the victim or the victim's family must take up a civil suit against the alleged culprit.

Mr Louis said that the plaintiff must engage a lawyer, which may be expensive, to handle the suit.

But if the defendant has no assets, it may not be useful to sue, because it will be difficult to get payment even if the suit is successful.

There are new rules and a code of conduct for the safe use of footpaths, cycling paths and shared paths, which will come into effect by the end of the year.

Road safety expert Gerard Pereira, a manager at Singapore Safety Driving Centre, felt that the 15kmh speed limit for personal mobility devices, which include e-scooters, on footpaths is still too fast for the elderly to react in time,

He felt more measures need to be put in place.

"Especially around bus stops, there should be more 'Stop and push' signs," he said.

"When the equipment is sold, there should be some form of rules to follow. Riders should also have to undergo training and know how to handle the vehicle in order to get it."

In March, Transport Minister Khaw Boon Wan said the number of power-assisted bike accidents increased from six in 2013 to 27 last year, five of which were fatal.

A stall helper riding an e-bike lost the lower half of his right leg after colliding with a car in Bendemeer Road. He was on his way to pick up his step-grandsons from school.

A man riding an e-scooter suffered serious head injuries after he fell at East Coast Park Service Road. He was taken to hospital where he died without regaining consciousness.

Two boys were flung onto the bonnet of a car in Ang Mo Kio after their e-bike crashed into the car. They were taken to Khoo Teck Puat Hospital for treatment and later discharged.

An odd-job labourer died two days after his e-bike collided with a lorry at Jurong West.

A French national died five days after falling from his electric skateboard at East Coast Park Service Road. His death was ruled a misadventure.

A coffee shop helper riding an e-bike knocked down and injured a pedestrian near Paya Lebar Way. He was jailed for five weeks.

Related Stories
Man injured after accident with e-scooter rider along Yishun walkway -- who simply flees
E-bike rider threatens driver for honking at him and even tells him that he is a CIA officer
Uncle on e-bike hogs right-turn lane -- then rudely gestures at driver after being honked at
More About:
accident
dead
injured
death
e-bike