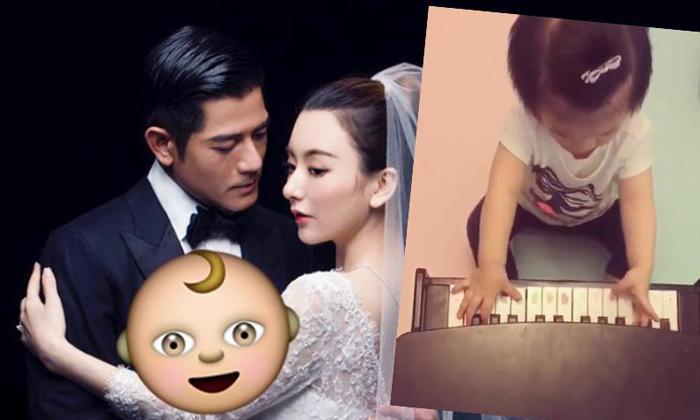 There's a bun in the oven for Aaron Kwok and Moka Fang.

The 53-year-old Hong Kong star recently confirmed that his wife is expecting their second child.

The couple pulled out all the stops on Sept 2 to celebrate their daughter Chantelle's first birthday at Disneyland Hong Kong.

Among the guests were celebrity friends like Chingmy Yau, Julian Cheung, and Miriam Yeung.

According to Sina News, Kwok couldn't contain his joy and revealed to his friends that he was going to be a father again.

Earlier this year, the singer-actor said that he would strive to give his mother a grandson.

And his 31-year-old wife is right on board with his baby plans.

At a promotional event in March, the Chinese model said that her husband dotes on Chantelle and loves to carry her around.

The couple got hitched last April and welcomed their daughter five months later.