52 people who gathered at Sin Ming industrial building to drink, smoke under investigation 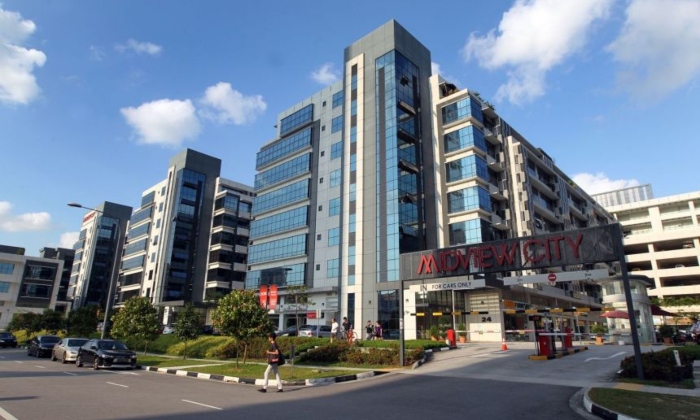 A group of 33 men and 19 women, aged between 16 and 36, who gathered at a unit of an industrial building at 18 Sin Ming Lane are being investigated for allegedly not complying with safe distancing measures (SDM).

The police said in a statement that they received a call about a large gathering on Jan 9 at 3.10am.

Police officers subsequently found a group of 27 men and 13 women, aged between 16 and 36, were allegedly drinking, smoking and singing in the unit.

"We were alerted to another gathering in the same unit on Sunday (Jan 17) at 2.45am," said the police.

"When police officers arrived, a group of seven men and six women, aged between 19 and 36, were allegedly drinking in the unit.

"The alleged operator of the unit, a 24-year-old man, was present during both incidents."

Bottles of alcohol and audio equipment were seized from the unit as case exhibits.

Investigations into the 52 persons are ongoing for their alleged non-compliance with SDM under the Covid-19 (Temporary Measures) (Control Order) Regulations 2020.

"Preliminary findings revealed that the unit is not licensed to provide public entertainment or supply liquor," said the police.

"The 24-year-old male operator of the unit will be investigated for his alleged breach of the rules and regulations under the Public Entertainments Act and Liquor Control (Supply and Consumption) Act 2015."

Under the respective Acts, the offences of providing public entertainment and supplying liquor without a valid licence each carries a fine of up to $20,000.

The police would like to advise members of the public to take the prevailing safe distancing measures seriously.

For non-compliance with SDM under the Covid-19 (Temporary Measures) (Control Order) Regulations 2020, offenders may be jailed for up to six months, fined up to $10,000, or both.