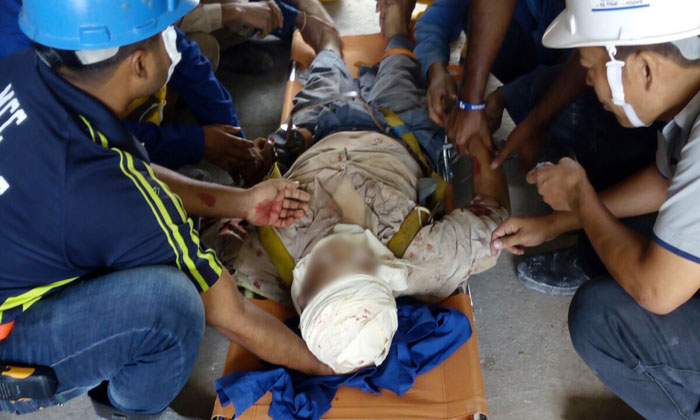 A foreign worker died after falling from the 10th floor of a construction site at Tampines Street 86 yesterday (Dec 18).

In response to media queries, a police spokesman said that they were alerted to the case of unnatural death at 11.08am on Monday.

"A 51-year-old man was found lying motionless at the said location and was pronounced dead by paramedics at the scene," the spokesman said.

The Straits Times understands that the man was a Chinese national, and that the site is where condominium The Alps Residences is being built.

"The deceased was performing formwork works on the 10th floor of a building when he fell and landed on the fourth floor."

The occupier of the work site is China Jingye Engineering, he added.

A full Stop Work Order has been issued to the work site and investigations by the police and MOM are under way.