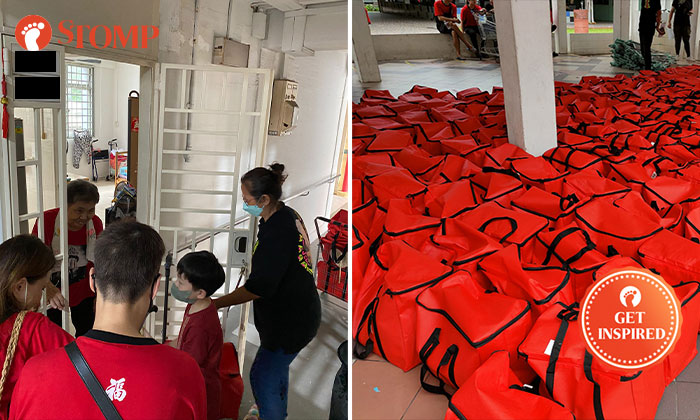 A group of 50 volunteers came together to distribute food rations and other items to 300 elderly residents staying at one-room rental flats at North Bridge Road on Sunday (Aug 21).

Stomper Sharen Tan told Stomp that the drive, organised by herself and 福陰壇 (Fu Yin Tan), took eight months to plan and three hours to carry out.

"Besides receiving food ration items, sponsors donated useful items for the old folks that would be useful to them including flat mops, blankets, towels, walking sticks, and cushioned seats for those in wheelchairs," she said.

Sharen showing the sponsored items they distributed to the residents. PHOTO: STOMPER SHAREN

"The old folks were happy and overjoyed to receive these items as it was the first time they received so many items from the organisation."

She added that the walking sticks and blankets were especially popular.

"We chose to give out these items to residents at North Bridge Road because most of those staying at the 10 blocks of one-room rental flats are elderly," Sharen said.

"Some do not even have a room, just a living hall.

"The items distributed are very useful for them and their needs and they were so happy they even teared up and said they never expected to receive such items.

"We carefully considered what to distribute to them as we preferred to bless them with items that are useful to them.

"It was so nice to see everyone coming together for a good cause." 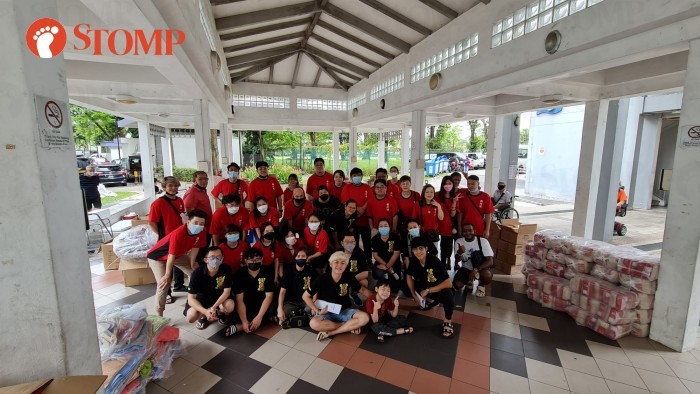 Sharen wanted to express her thanks to sponsors and donors like BMS Motorsports,  APi Racing Asia Pacific, Hardrace Singapore, and the Facebook group 一朵花 (One Flower).

"We look forward to arranging another event in December this year and hope we can receive more sponsorships and support!"

Related Stories
Mum of five gets back $1.9k she lost and over $15k in donations thanks to the power of Stomp
Pest control worker cooks and distributes food to Malaysian friends stranded because of Covid-19
Men brave heavy rain to set up Unmanned Free Food Pantry for West Coast residents
More About:
volunteer
volunteers
charity
elderly
kind
inspiring