5-year-old girl in China allegedly beaten, burnt by father and his girlfriend 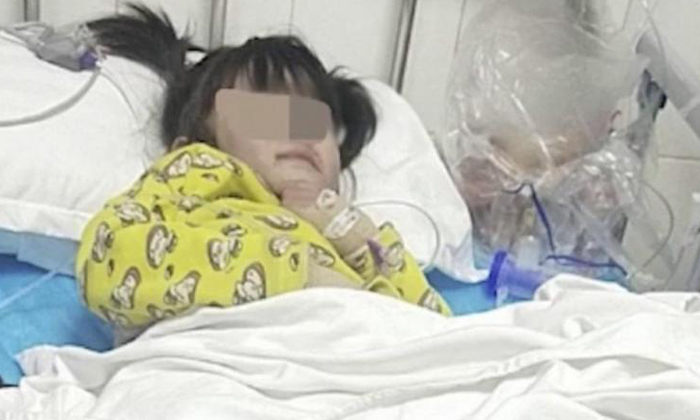 A 5-year-old girl in southwest China is in serious condition after she was beaten and attacked with hot liquid by her father and his girlfriend, Chinese media has reported.

The girl, nicknamed Yanyan, has been in hospital with a serious infection caused by scalds and multiple injuries to her body since earlier this month when her grandfather discovered she had been abused, Jimu News reported, according to the South China Morning Post.

Her injuries were so severe she narrowly avoided having both her legs amputated, doctors said.

Yanyan is normally looked after by her grandfather in a village in Longli county in Guizhou province. The girl was staying with her father and his girlfriend when she was attacked, her uncle told the paper.

The father and his girlfriend were detained after Yanyan's grandfather called the police, said local authorities.

"Yanyan lived with them for just two months. When Grandpa visited her the other day, he found large scald marks on her body. The child told him her father's girlfriend attacked her with hot water," the uncle said.

Yanyan's condition was declared critical on Jan 9, and she has other illnesses including pneumonia and upper gastrointestinal bleeding, but has been improving after undergoing two surgeries, her relatives said.

Members of the public have donated more than 350,000 yuan (S$75,000) to Yanyan's family after they launched a crowdfunding for her care last week. The county government has also offered 60,000 yuan and psychological counselling.

There is limited official data on child abuse cases in China, but a survey of more than 1,500 children in western China showed that over 12 per cent of them had encountered physical abuse, according to a research paper published by the International Journal of Environment Research and Public Health in 2019.

Chinese prosecutors charged 171,000 people for violence against minors between 2018 and 2020, according to data from the Supreme People's Procuratorate, China's prosecutor general's office.

Related Stories
S'porean principal of Malaysian childcare centre arrested for abusing autistic child, overstaying
Man gets jail for throwing his 2-month-old baby at cop while trying to evade capture
Maid threw toddler on sofa for 'messing up the house', caused her to hit her head on armrest
More About:
China
abuse
child
child abuse
injured