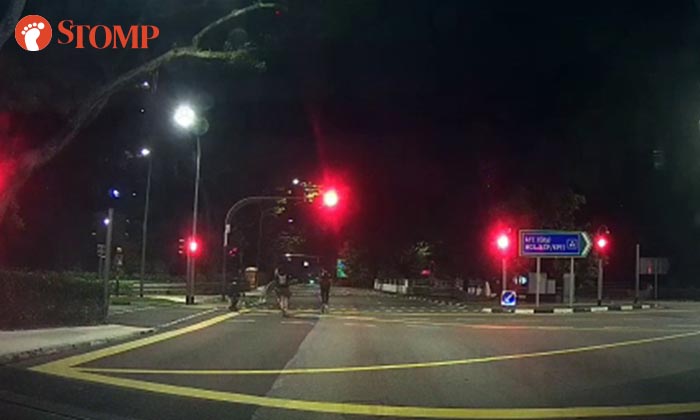 Five Personal Mobility Device (PMD) riders were filmed by another Stomper riding on the roads again, but this time, they also ran a red light along Lower Delta Road.

On Monday (July 22), two Stompers had caught a couple of PMD riders on the roads in two separate instances as well.

Stomper TanSanZang ITStrategist was making his way home from work at 3.13am on Friday (July 26) when he saw these five PMD users riding along Lower Delta Road.

He shared with Stomp videos of what he saw.

In the video, five individuals on PMDs can be seen on a road, approaching the rear camera of TanSanZang ITStrategist's vehicle.

After they pass his vehicle, the five PMD riders continue along despite the red light.

He told Stomp: "They were going very fast, but went slower after seeing me.

"They're not supposed to be on the main road even if they're near the side.

"I just find it very dangerous. It's so late and cars might be going slightly faster than usual.

"It's so dark and these PMD riders are wearing dark-coloured clothes.

"Accidents may happen if they don't take note and aren't careful."