5 people trapped in lift at Far East Plaza for nearly an hour: "I felt really helpless" 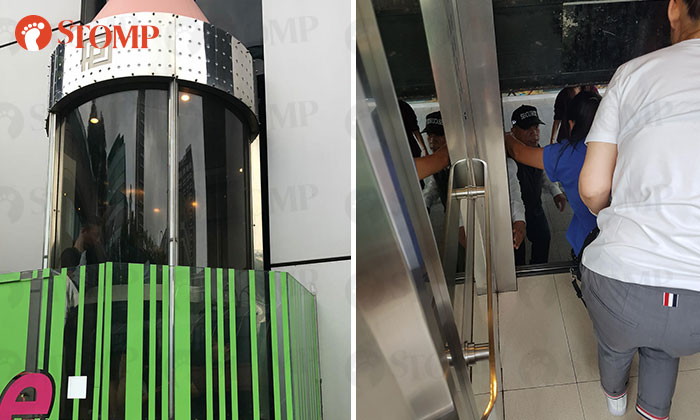 A pleasant morning quickly went south for Stomper Yeo and his family when they were trapped in a lift at Far East Plaza for nearly an hour on Tuesday morning (April 10).

Stomper Yeo said in a phone interview that he, along with his wife and aunt, were meeting a friend at Far East Plaza.

The three of them had boarded a lift on the ground floor and were heading to the fifth floor.

Two other women had also boarded the lift.

Just as the lift was transversing between the first and second floor, it suddenly came to a grinding halt between the two floors.

Yeo noted that it was about 9.50am at that time.

He added that after about a few minutes, the two female passengers who had boarded the lift with his family took out their phones and reportedly made calls.

Yeo asked the two women if help was coming, and was told that the management team has been informed about the situation.

After about 15 minutes, one of the women started complaining that she was having trouble breathing, citing a lack of air.

She and the other female passenger then sat down on the lift floor, while Yeo and his family stood.

At about 10.40am, a technician, accompanied by a security guard, arrived at the ground floor. 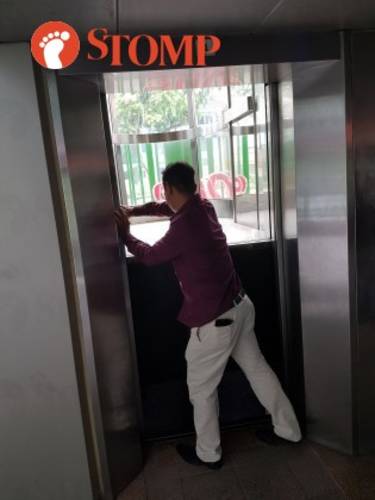 According to Yeo's friend who had gone down to the ground floor lobby, the technician managed to open the door by pulling a handle.

The security officer then proceeded to guide the passengers out.

Said Yeo: "I felt really helpless.  All we could do was to wait for help."

In response to a Stomp query, a Far East Plaza spokesman said:

"This morning, an inspection of the fire equipment was carried for the purpose of renewal of the Fire Certificate for the building.

"The lifts operating system is linked to the fire panel and all lifts will descend to the 1st floor during the activation of the fire alarm.

"During the process of changeover of power supply from genset emergency supply to normal source, the lifts control circuit breaker  tripped due to power surge.

"As a result, the lifts operation were disrupted. This was an unforeseen situation.

"The lift technicians on standby went to the lift motor room immediately and took a while before they could identify the problem which was caused by the faulty control breaker.

"When the breaker was reclosed, power was restored and the lifts resumed normal operation."

Related Stories
Lift door at Yishun Block 672A likely to be dislodged by foreign object, investigations underway
Karma is when naughty kid pees on control panel and gets stuck in lift
Uncle suffers asthma attack, sent to hospital after getting trapped in lift with over 10 passengers
More About:
malfunction
lift
Far East Plaza
breakdown