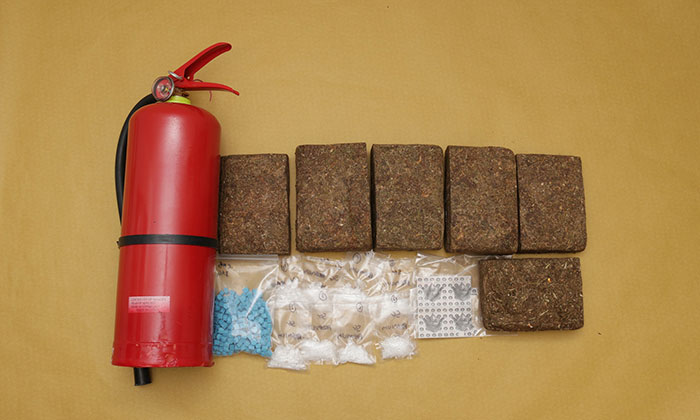 The drugs - comprising cannabis, Ice, heroin, ketamine, Ecstasy tablets, Erimin-5 tablets and lysergic acid diethylamide (LSD) stamps - are estimated to have a total street value of $790,000, and are sufficient to feed about 1,180 cannabis abusers, 1,240 Ice abusers and 960 heroin abusers for a week, said the agency.

In the first operation, CNB officers arrested a 42-year-old Singaporean man on Monday afternoon after they intercepted his vehicle in the vicinity of Rivervale Street. The officers recovered 6,069g of cannabis, 524g of Ice and 124g of Ecstasy tablets, as well as three fire extinguishers that had been hollowed out. About 4,517g of cannabis was concealed inside one of these fire extinguishers.

The man was also escorted to his residence in the same area, where about 2,224g of cannabis, 20g of seeds believed to be cannabis seeds, 301g of Ice, 246g of ketamine, 1g of Ecstasy tablets, 648 Erimin-5 tablets and 94 LSD stamps were seized. 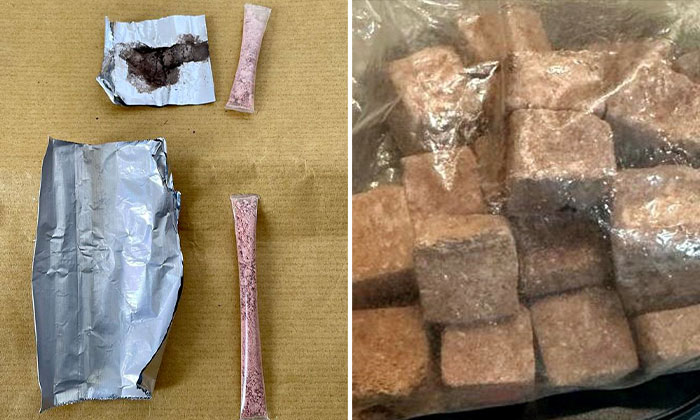 Heroin recovered from a 42-year-old Singaporean man in the vicinity of Upper Serangoon View in a CNB operation Sept 26, 2022. PHOTOS: CNB

The officers also seized a total of about 2,002g of heroin, 1,312g of Ice, 66g of Ecstasy tablets and various drug paraphernalia from the 42-year-old man's residence in the same area. A 40-year-old female foreigner was also arrested later, when she returned to the unit.

About 12g of heroin, 4g of Ice and various drug paraphernalia were also seized from the 33-year-old man's residence in Yishun Avenue 4. A 31-year-old female foreigner was also arrested at the unit.

If a person is found guilty of trafficking more than 15g of pure heroin (diamorphine), 250g of methamphetamine or 500g of cannabis, he or she may face the mandatory death penalty.