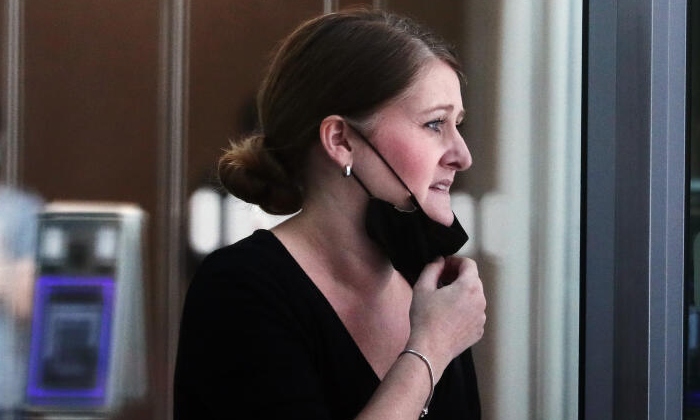 After a dispute with a taxi driver over payment for a ride, Carlie Jayne Guy pushed him into nearby bushes.

After police officers were called to the scene, the Briton scratched one of them and kicked another.

Guy, 37, was fined $4,000 on Thursday (Aug 4) after she pleaded guilty to a charge of voluntarily causing hurt and two charges over use of criminal force.

Two other charges were taken into consideration during her sentencing.

Deputy Public Prosecutor Regina Lim said in court documents that on Feb 2, 2019, Guy boarded a taxi driven by Mr Simon Tan and they reached the drop-off point of City Square Residences at 2 Kitchener Link at about 5.15am.

She added: "When Tan sought to collect his taxi fare from the accused, the accused claimed that she had paid for the taxi fare via the Grab mobile phone application with her credit card.

"A dispute thus broke out between Tan and the accused."

Guy then pushed Mr Tan towards the nearby bushes, causing him to stumble.

He then called the police and followed Guy as she walked away.

She was later stopped by police officers, placed under arrest and escorted back to the drop-off point.

As she was being held by two officers, she used the nail of her right thumb to scratch one of them a few times. The officer moved his hand away in pain.

He was later found to have sustained a 2cm scratch mark.

After a police car arrived, an officer was escorting Guy to the rear passenger seat of the car when she kicked the officer's leg.

In court on Thursday, Guy said she has been in Singapore for 12 years and hopes to remain here to work.

Previously on an employment pass, she had been on a special pass for the last three years during investigation into her offences.

For voluntarily causing hurt, she could have been jailed for up to three years, fined up to $5,000, or both.

For each count of using criminal force, she could have been jailed for up to three months' and fined $1,500.

Related Stories
Man allegedly punches cabby's face after getting into taxi booked by someone else at Beach Road
CEO of firm found guilty of assaulting cabby, causing dislocated shoulder
Briton caught on video not wearing mask claims to be 'sovereign', says charges do not apply to him
More About:
court
taxi driver
hurt
police
Briton
fined