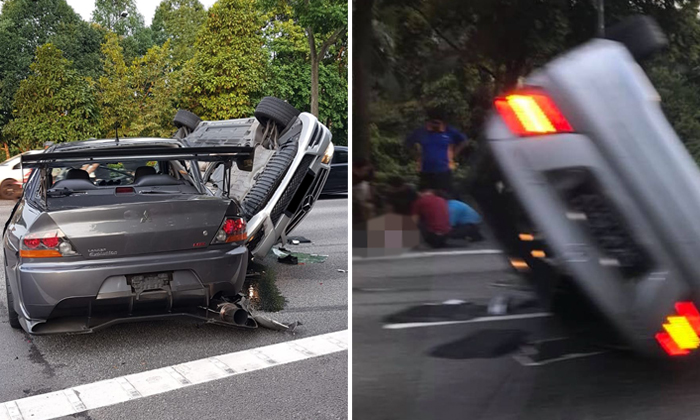 A video of the fatal collision has surfaced online.

A 46-year-old man died in hospital after an accident involving two cars occurred along the Bukit Timah Expressway (BKE), towards Woodlands Checkpoint, on Wednesday evening (July 4).

Stomper John alerted Stomp to photos of the accident that have been circulating online, showing the two damaged vehicles.

One of the cars, a Mercedes, had flipped over.

A video also shows a man lying on the road while someone performed cardiopulmonary resuscitation (CPR) on him.

In response to a Stomp query, the police said that they were alerted to the accident at around 6.35pm.

The Singapore Civil Defence Force (SCDF) told Stomp that it responded to the accident at about 6.40pm.

The victim was unconscious when taken to Khoo Teck Puat Hospital, where he subsequently succumbed to his injuries.

Stomp understands that he was the driver of the Mercedes. He had crashed into the rear of the Mitsubishi.

The driver of the other car was unhurt.