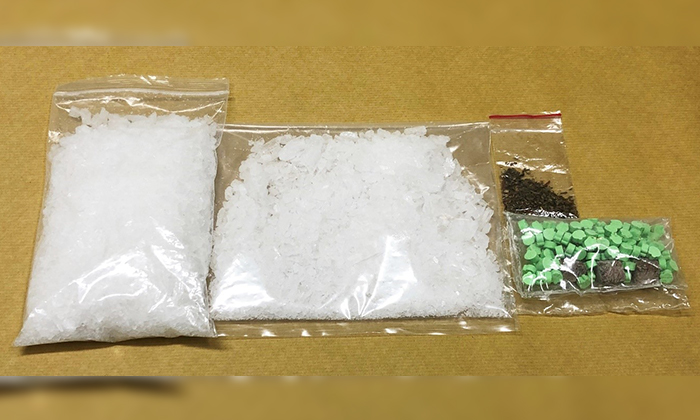 A suspected drug trafficker, who was found with $43,000 worth of drugs, was arrested in Bukit Batok West Avenue 5, on Tuesday (Dec 3).

Officers from the Central Narcotics Bureau (CNB) arrested the 38-year-old Singaporean man after he got off from a private hire car.

Drugs including about 385g of 'Ice', 32g of heroin, 100 'Ecstasy' tablets, 50 Erimin-5 tablets and a small amount of cannabis were found on the suspect.

Another group of CNB officers arrested a 31-year-old Malaysian man in the vicinity of Woodlands Circle.

Both suspects were spotted to have met up in a carpark at Teck Whye Avenue prior to their arrest.

The CNB said in a statement on Tuesday that 385g of ‘Ice’ can feed the addiction of about 220 abusers for a week.